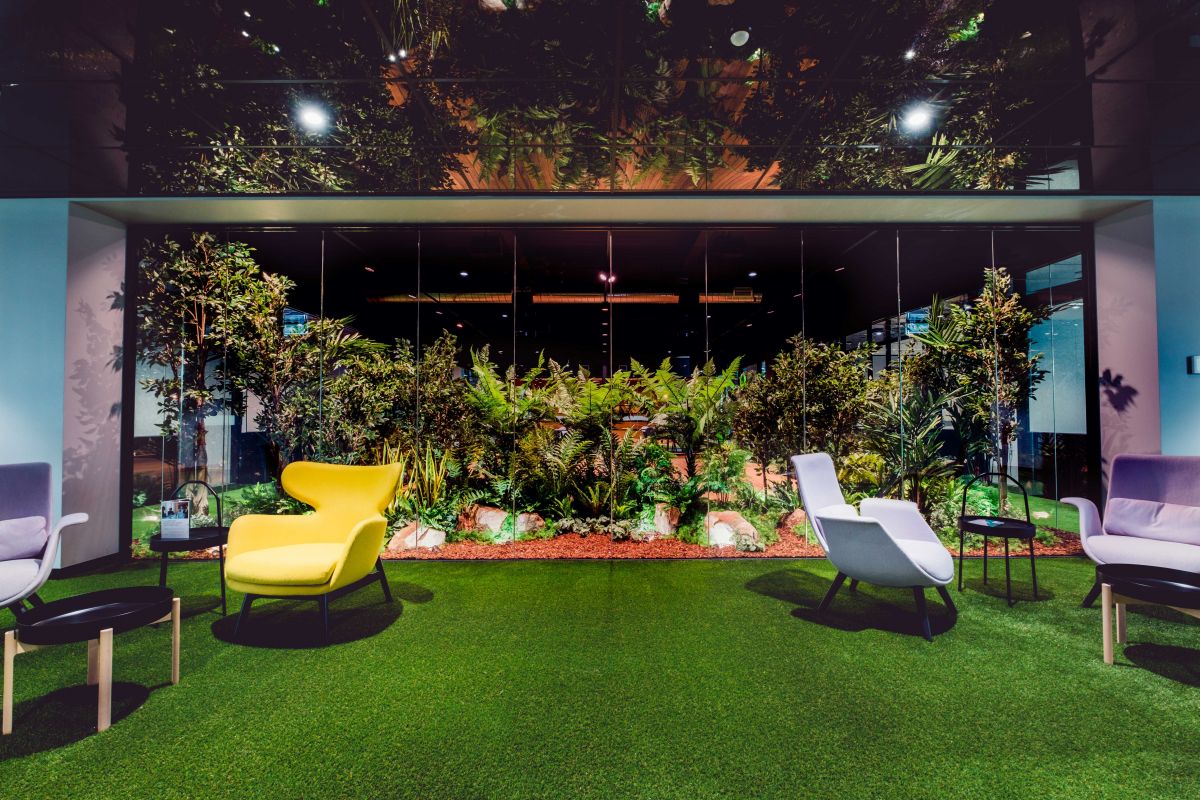 It’s no secret that a growing number of big businesses want to promote collaborative working to encourage innovation and boost job satisfaction.

And while even the most corporate of firms are launching social clubs and community events, Waterman Business Centres’ marketing manager Chris Jbeily believes collaboration starts with something far more fundamental: the physical workspace occupied by employees.

“Going back 20 years, having one floorplan that's exactly the same with little cubicles for people to work in... didn't encourage any collaboration; some people worked well like that, some people didn't. But there was no option, there was no flexibility,” he said.

“Now, employers have to cater for all types of people, whether it's a small quiet workspace for someone who needs to focus on a specific job at hand, or a more open, lively area for somebody to work in a team or have an informal meeting. 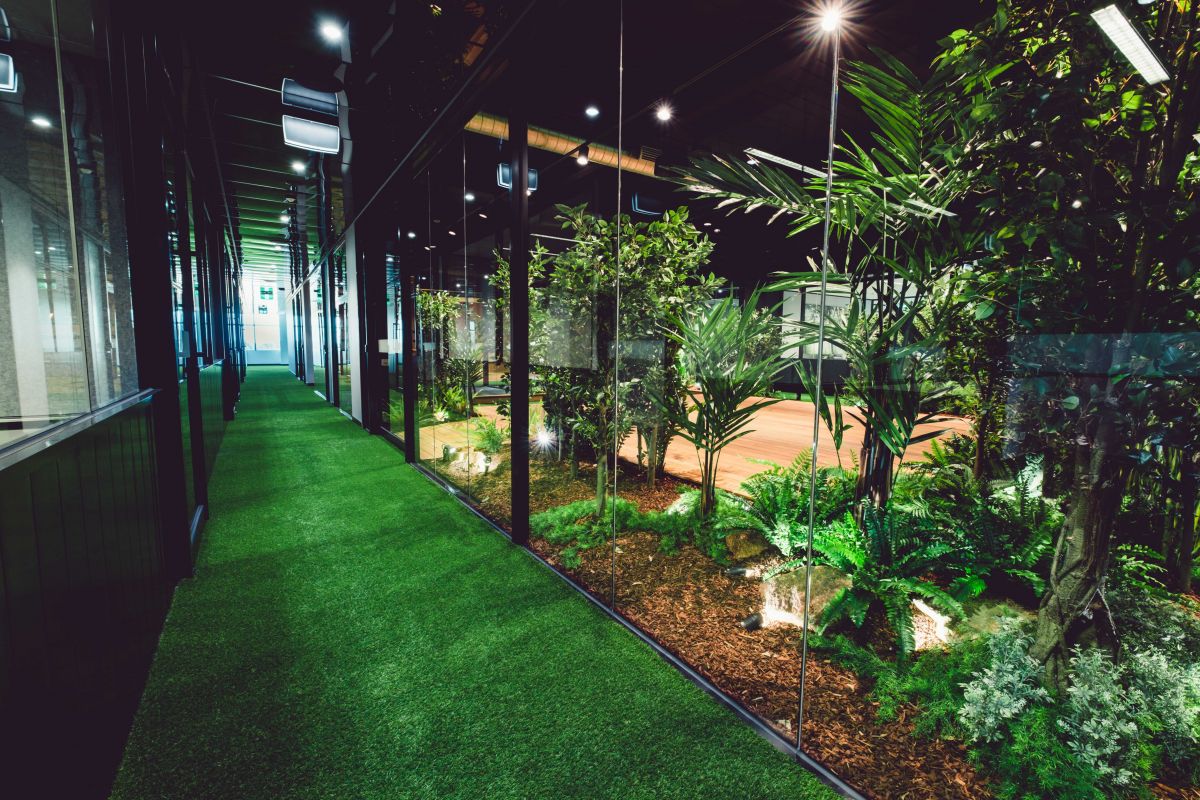 Even the floors of the common areas on The Jungle Floor are covered with artificial grass. Photo: Supplied

“That's a big change, that employers are looking into how to make their employees happy and how to get the most out of them.”

As the nature of work continues to evolve, it has paved the way for the rise of coworking, where different companies of varying sizes, work side by side sharing the same workspace. This, Mr Jbeily says, stimulates collaboration and makes the office “more than just a place to work”.

“With the rise of the amount of millennials in the workplace and how they work in general, people are expecting a lot more than a place to work, in exchange for their time. People want to feel job satisfaction and loyalty to the company they work for,” Mr Jbeily said.

“From an employer's perspective, you need to do a lot more to actually keep your staff happy.” 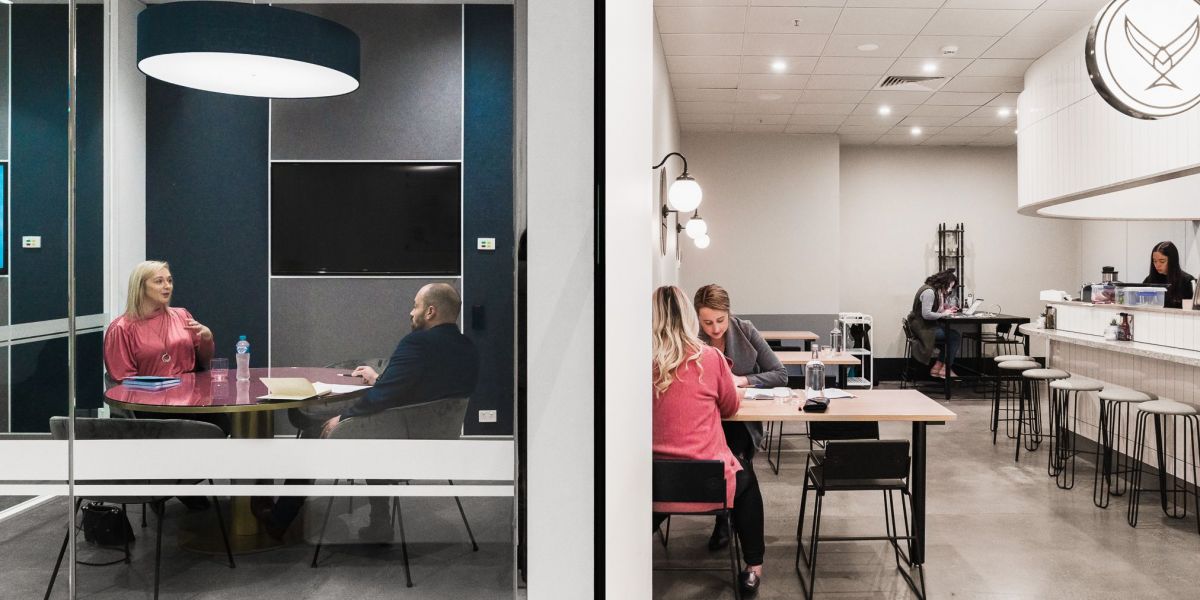 One employer which has realised this is Fujitsu, one of the biggest ICT companies in Australia and New Zealand.

Joining Waterman in 2018 through the help of sidespace.com.au, it is one of the coworking group’s growing base of large enterprise tenants, and has taken up space across all three Waterman sites in suburban Melbourne: Narre Warren, Chadstone and Scoresby - the largest coworking centre in Australia, with more than 7000 sqm of floor space.

The Scoresby coworking hub, 29 km from the CBD, has capacity for up to 2500 people and is set within the 186 ha Caribbean Business Park. Outdoor amenities are a major feature, including a lake, meeting spots by the water, barbecue areas, as well as running and cycling tracks.

The multinational firm needed to provide more workplace locations for its large proportion of employees that live further away from the Melbourne CBD, as well as occupy space that would foster a stronger sense of community.

“They wanted more than just a desk, because the reality is you can get a desk anywhere, it's not hard to set up a desk and four walls,” Mr Jbeily said. 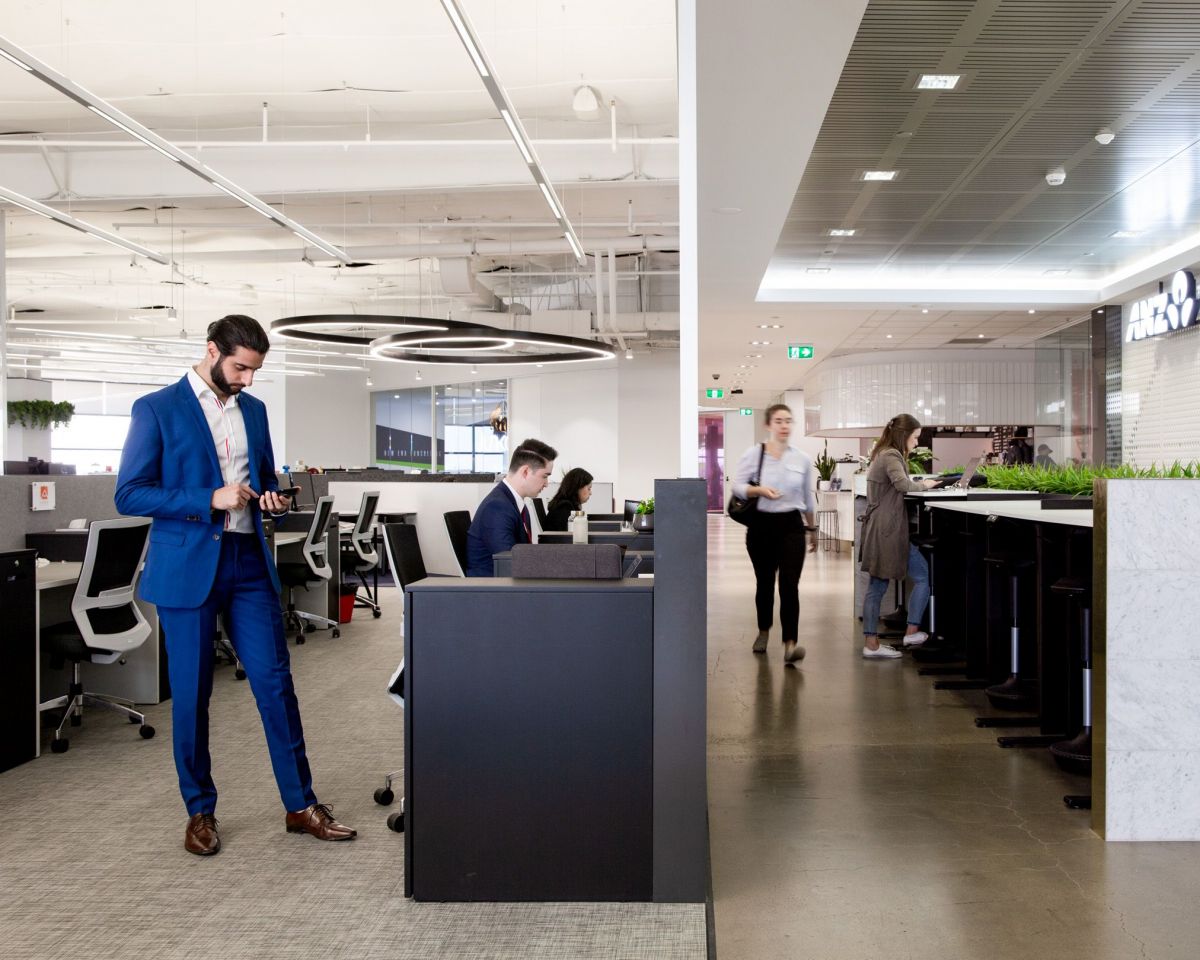 Many large enterprises are seeing the benefits of being around smaller businesses. Photo: Supplied

Fujitsu has taken up 50 dedicated desks across the three Waterman centres for about 100 employees, who alternate between working at their main office and a Waterman site throughout the week.

But for the staff at Fujitsu, who were used to a more traditional office environment, it took them some time to adjust to coworking, with many initially staying at their desks for most of the day.

“Now, they are all spread out all over the floor; they're working from a beanbag, by the windows, sitting on a couch or from a standing desk,” Mr Jbeily said.

“They’re also having lunch with their co-workers in different departments, because now they're based geographically, not by department.” 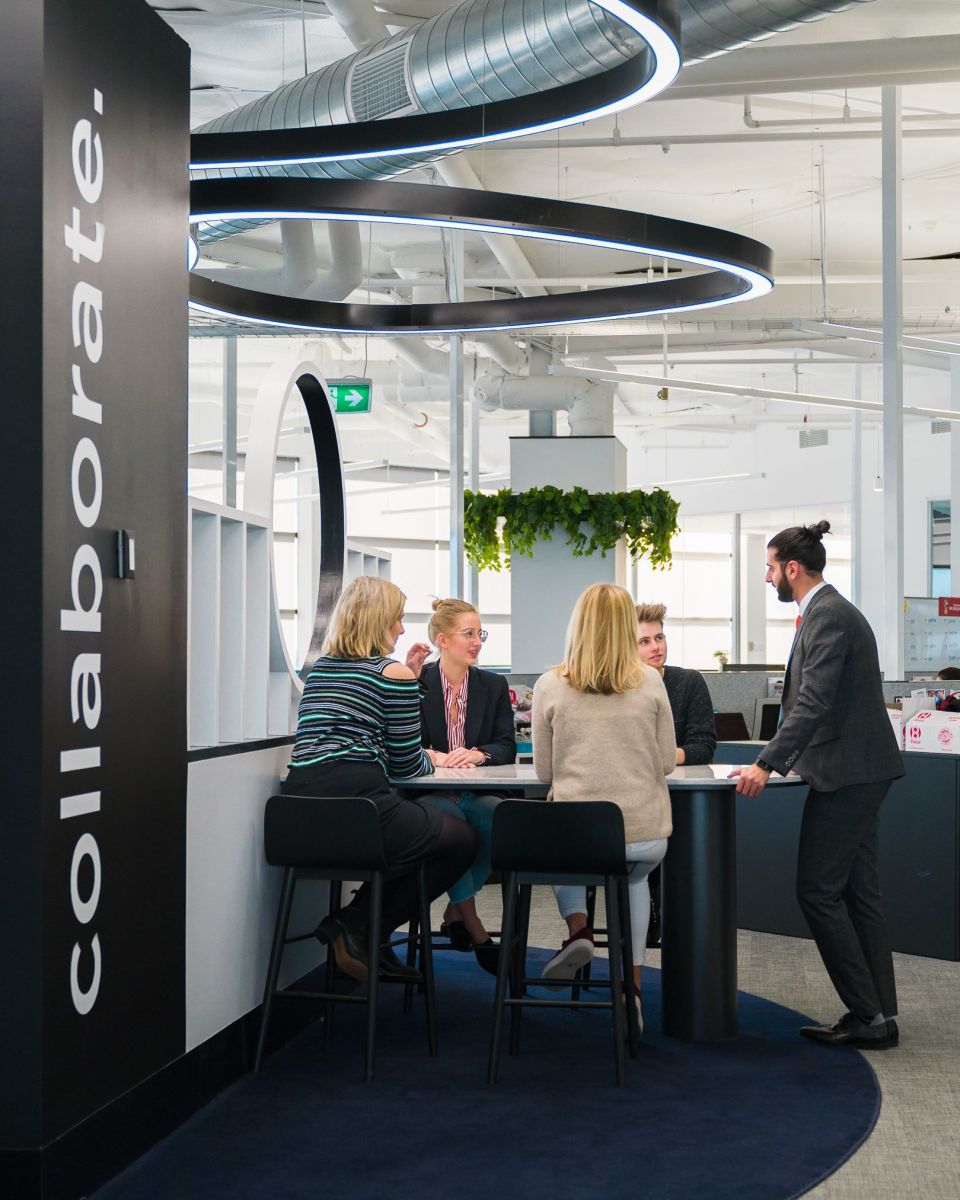 An effective workplace layout and engaging design can do wonders for collaboration. Photo: Supplied

He added that while many corporate users of Waterman’s space liked being surrounded by small businesses, which currently dominate the coworking group’s membership base, the relationship worked both ways.

While shared workspaces are rising in popularity, Waterman’s ratio of office to coworking users was about 70 to 30, indicating that it did not yet have the same recognition as traditional offices, compared with overseas markets.

“We're not really doing anything new in the world, but we're kind of pioneering it here in Australia, we're a little bit behind (in the coworking sector globally),” Mr Jbeily said.

And they’re not thinking of slowing down, with plans to open another three Waterman centres in the next three years.

“After that we'll really be going into overdrive.”

Cover Photo: The Jungle Floor in the Waterman Centre in Caribbean Park is an entire level of workspace and amenities with a nature-inspired theme. (Photo: Supplied)