The Food Collective at Brisbane Airport 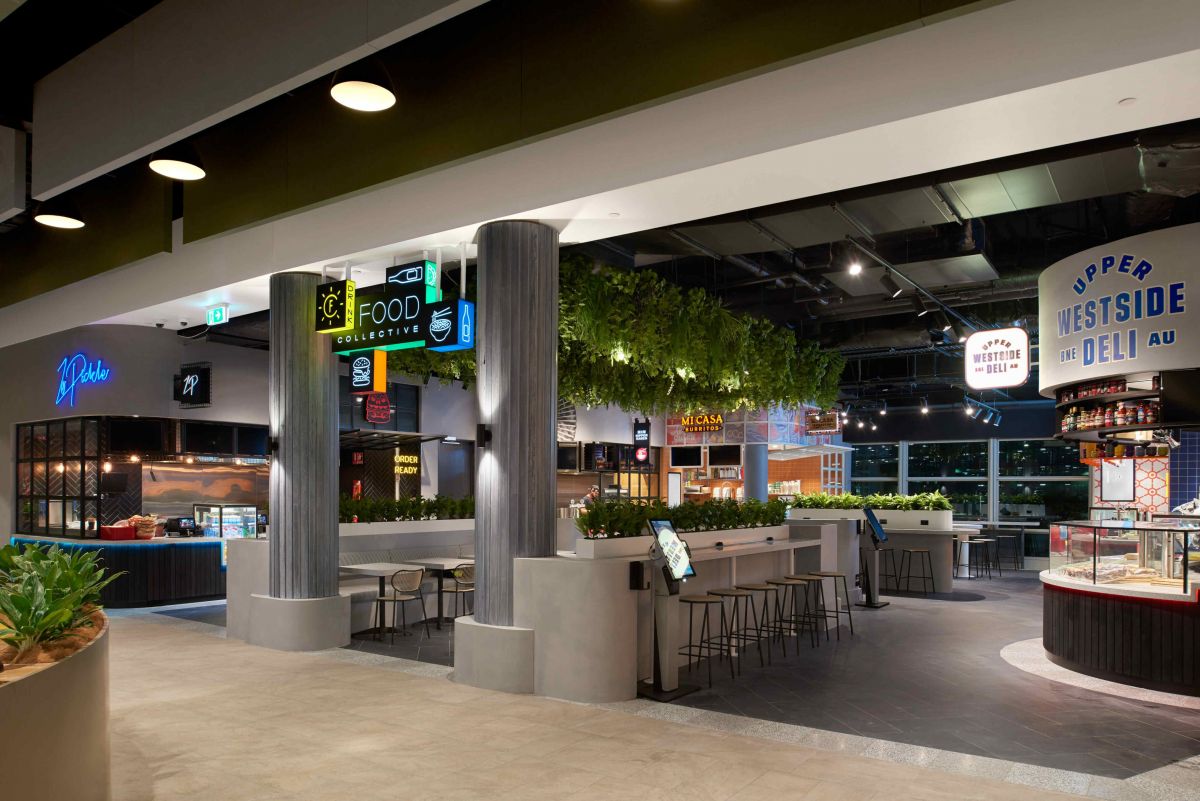 The newly opened food hall at the Domestic Terminal brings local and international cuisine to travellers in a dining space that draws inspiration from outdoor hawker street dining and farmers markets. 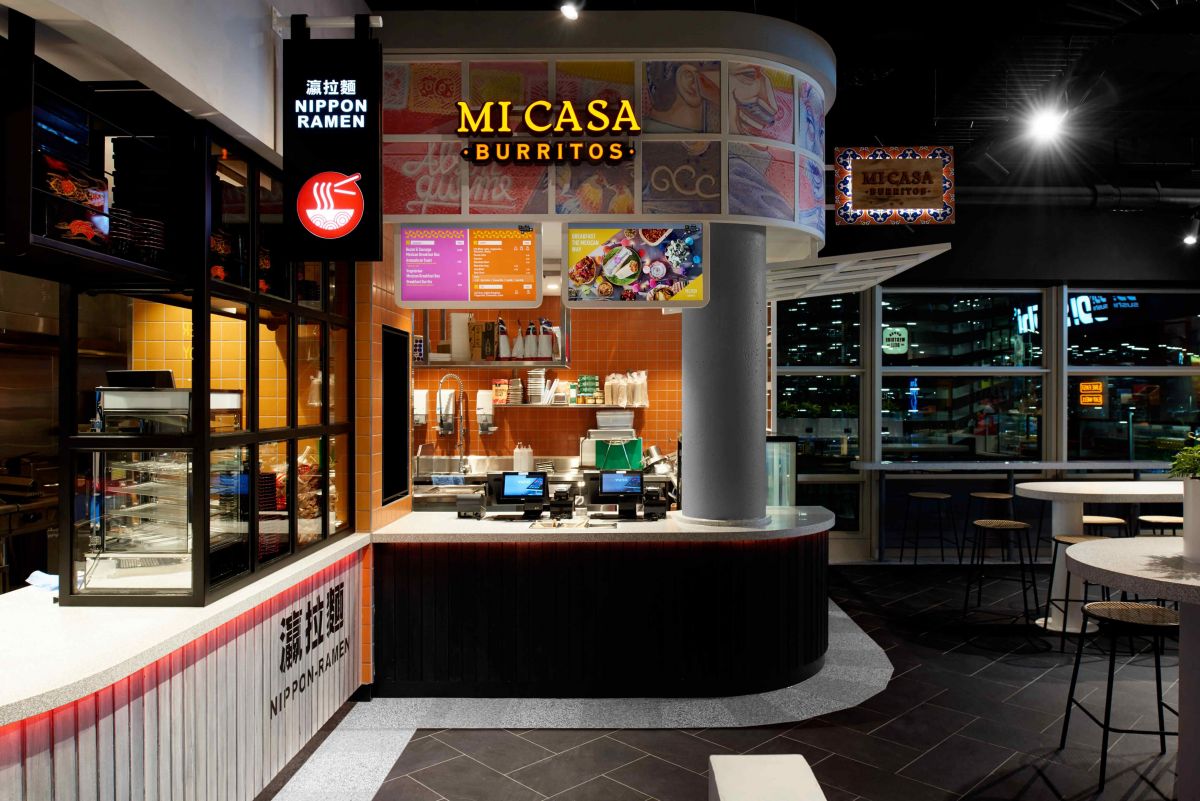 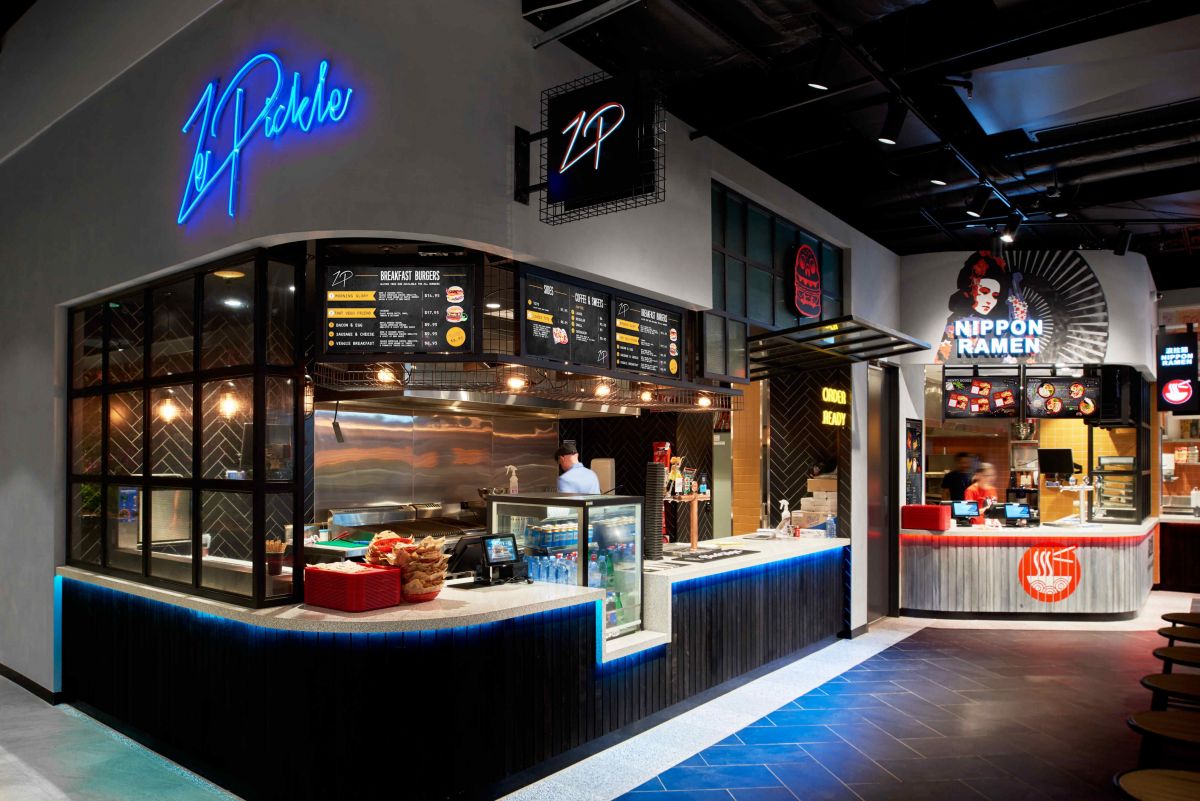 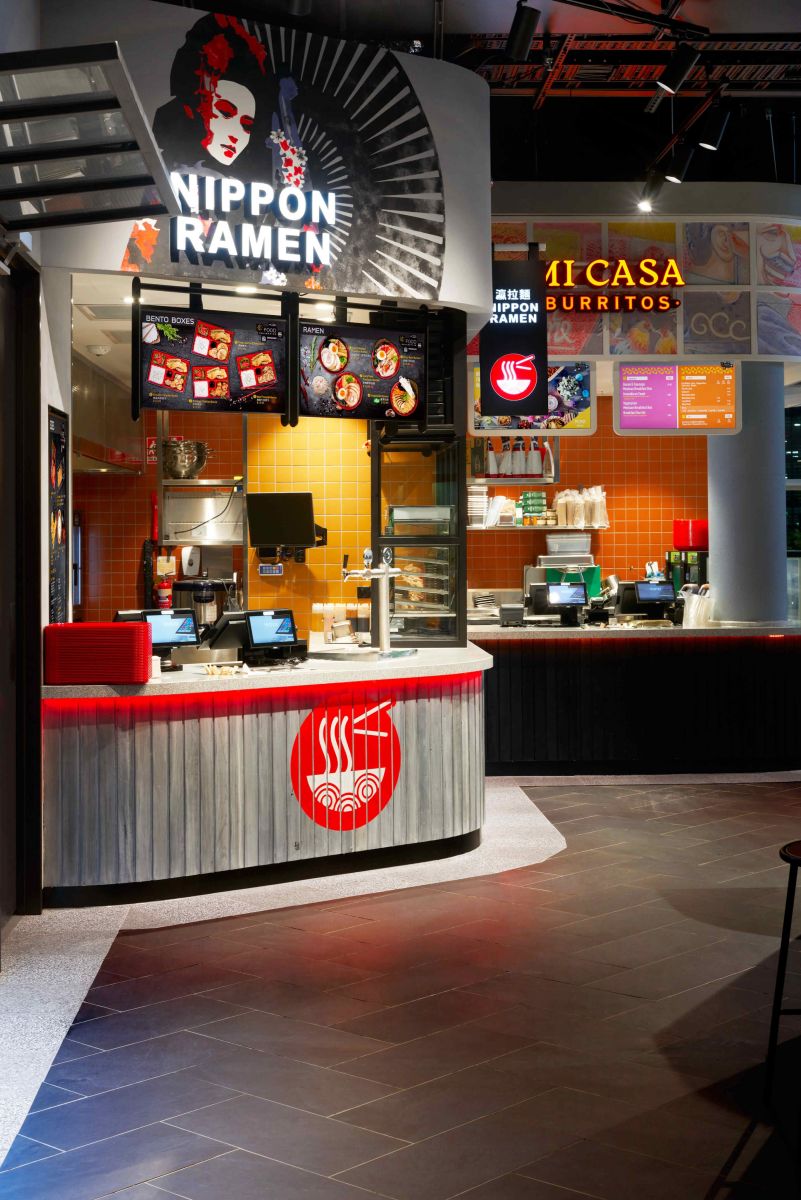 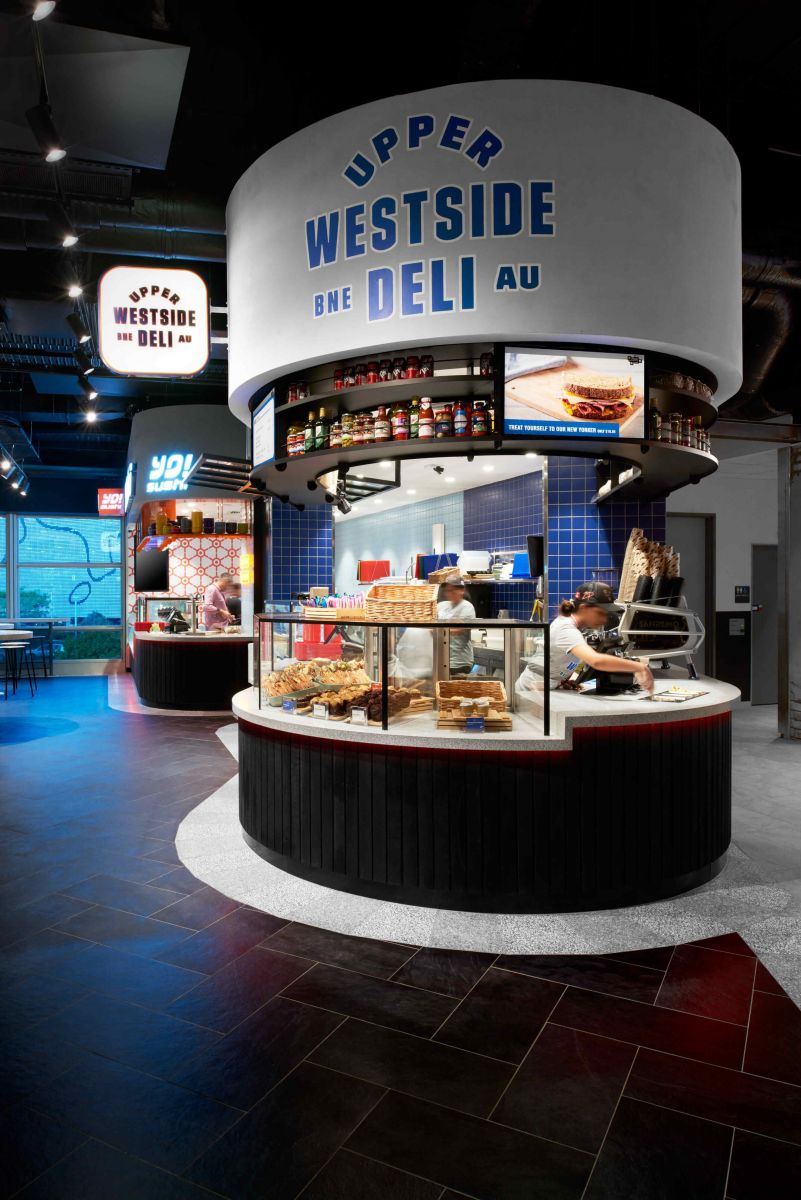 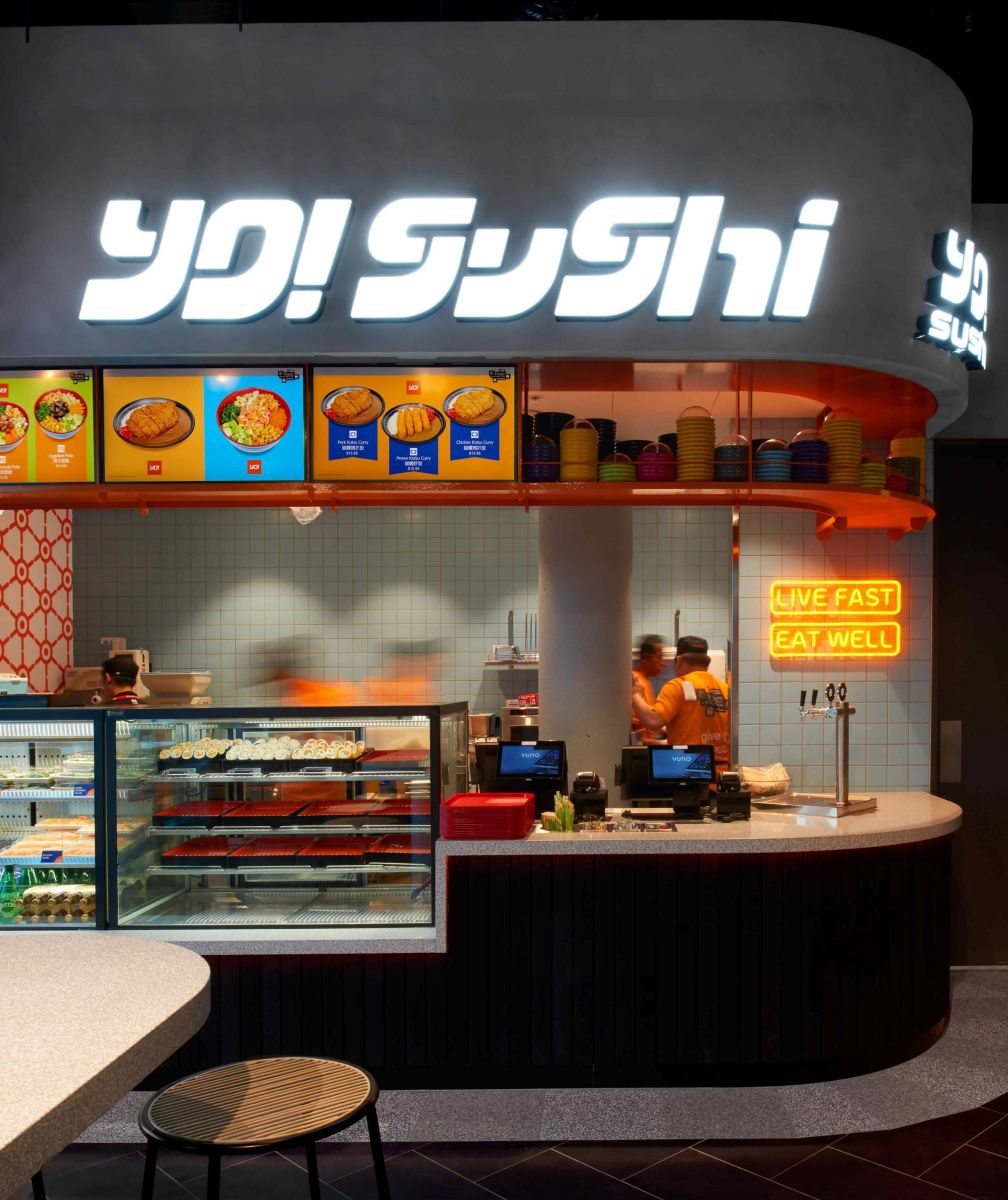 In the seven-year deal with Brisbane Airport to open the new international food hall, SSP Group plans to rotate the culinary offerings in the Food Collective halfway through the contract, thus ensuring customer offerings continue to be relevant.

Alongside SSP, DCB Developments secured a design and construction contract, and was involved from the start during the concept development stages through to the delivery for opening day. DCB completed the concepts for the five outlets.

Prior to the opening, Mark Angelo, CEO of SSP Asia Pacific, said “We’re proud to be working in co-operation with Brisbane Airport to develop the Food Collective, which is a style of concept that has never been seen before in Australian travel retail. With our strong range of local and international brands and cutting-edge design, our intention is to create a welcoming environment that captures the true spirit of Brisbane.” 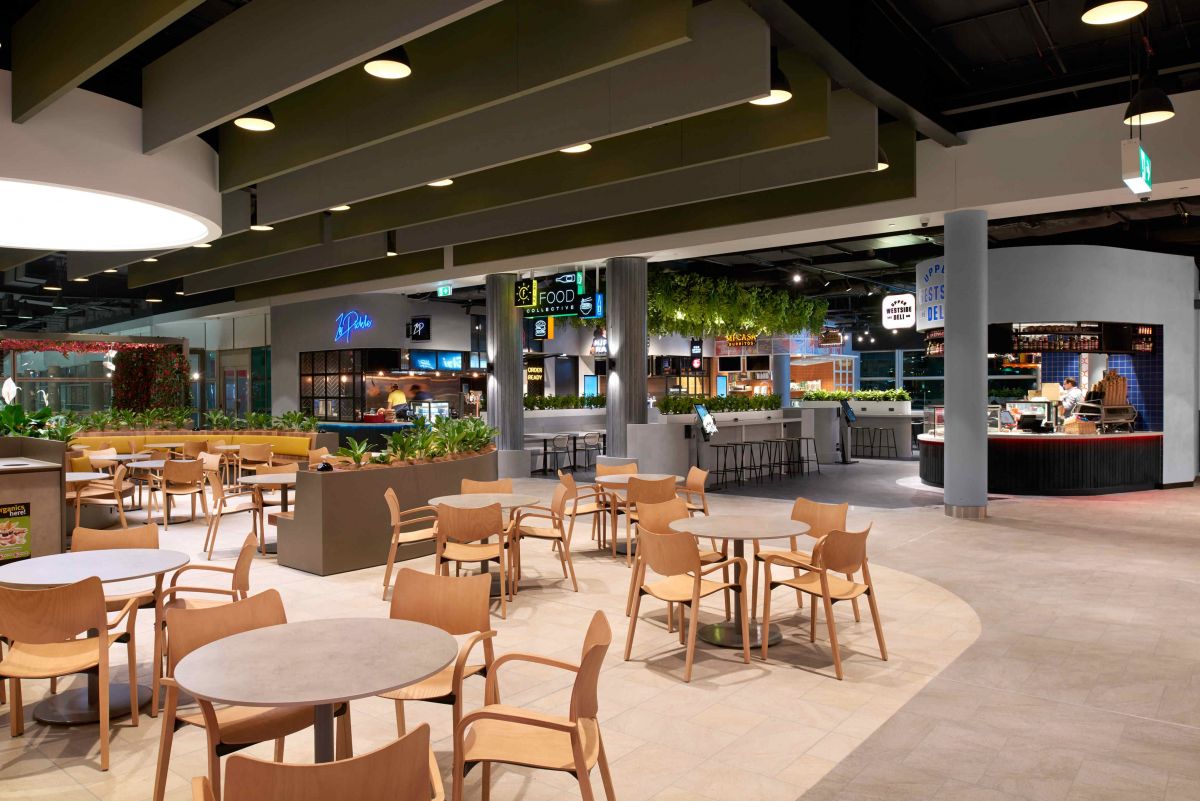 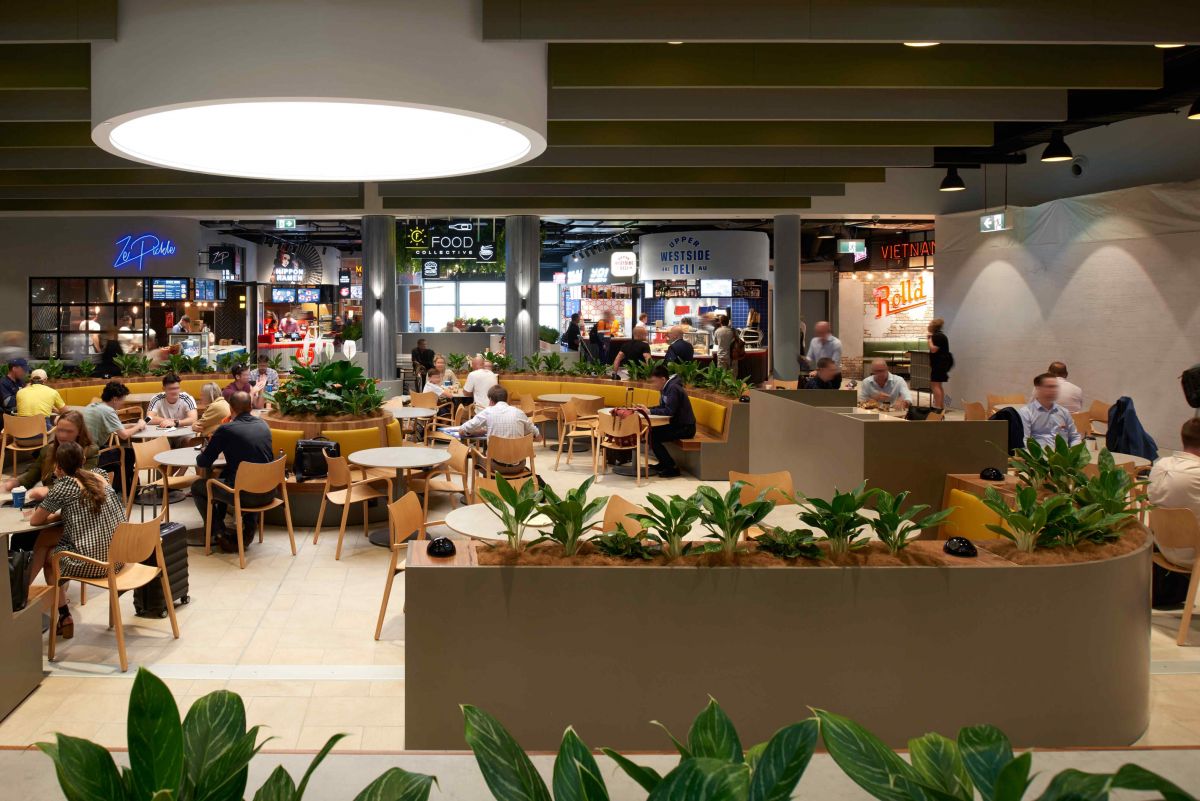 Image: The seating area creates a welcoming environment for travellers seeking to grab a quick bite or to relax. (Image: DCB Developments)

The Food Collective opened on Level 2 of the Domestic Terminal (Northern end) in November 2019. In late November, SSP has also announced that it has acquired 14 food and beverage outlets in Perth and Melbourne Airports.