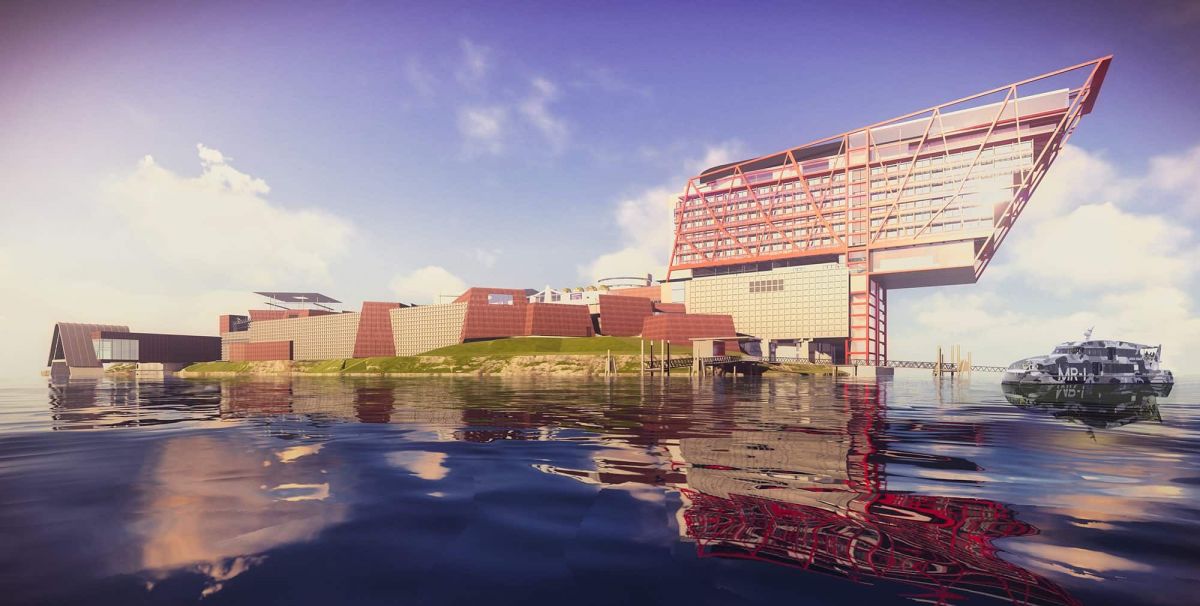 A five-star hotel shaped like a “shopping trolley” could be built above Hobart’s Museum of Old and New Art, in a project estimated to cost $400 million.

Museum owner David Walsh lodged plans for a 176-room hotel, tentatively dubbed Motown, on MONA’s current site in Berriedale in Hobart’s north, which will cantilever over the Derwent River.

Designed by architects Fender Katsalidis, the idea to suspend the hotel above the river was to make the most of the river views, but it was also a solution to incorporate the planned 1075-seat theatre into the building. It would acoustically isolate the theatre without separating the performance venue from the hotel. 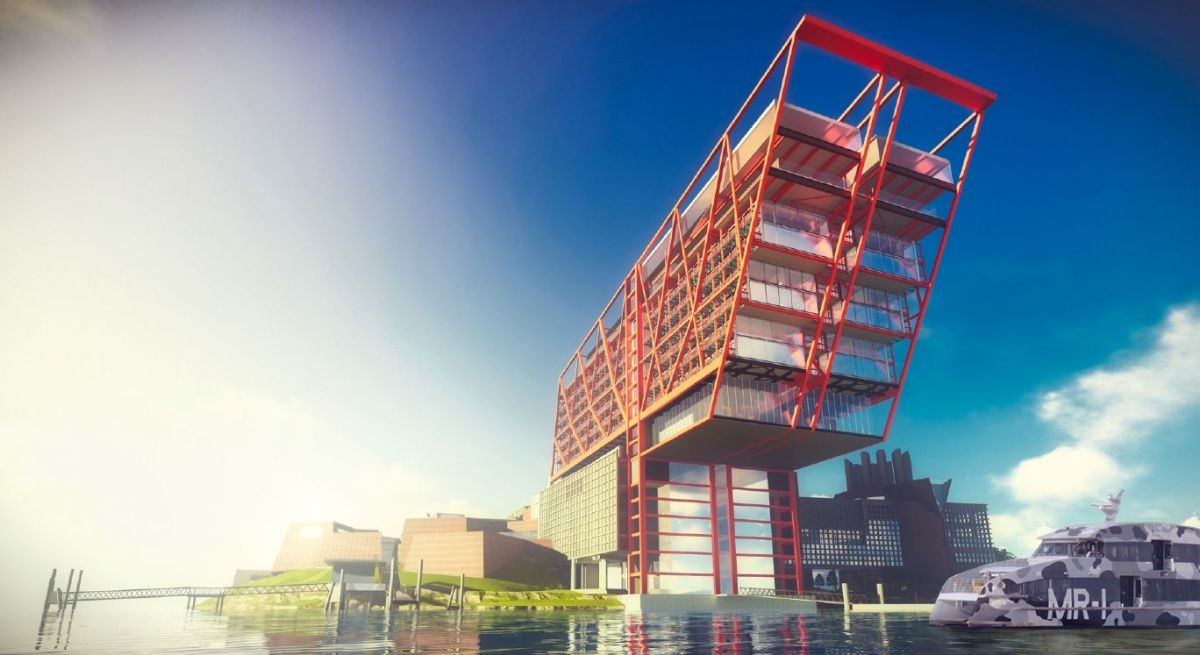 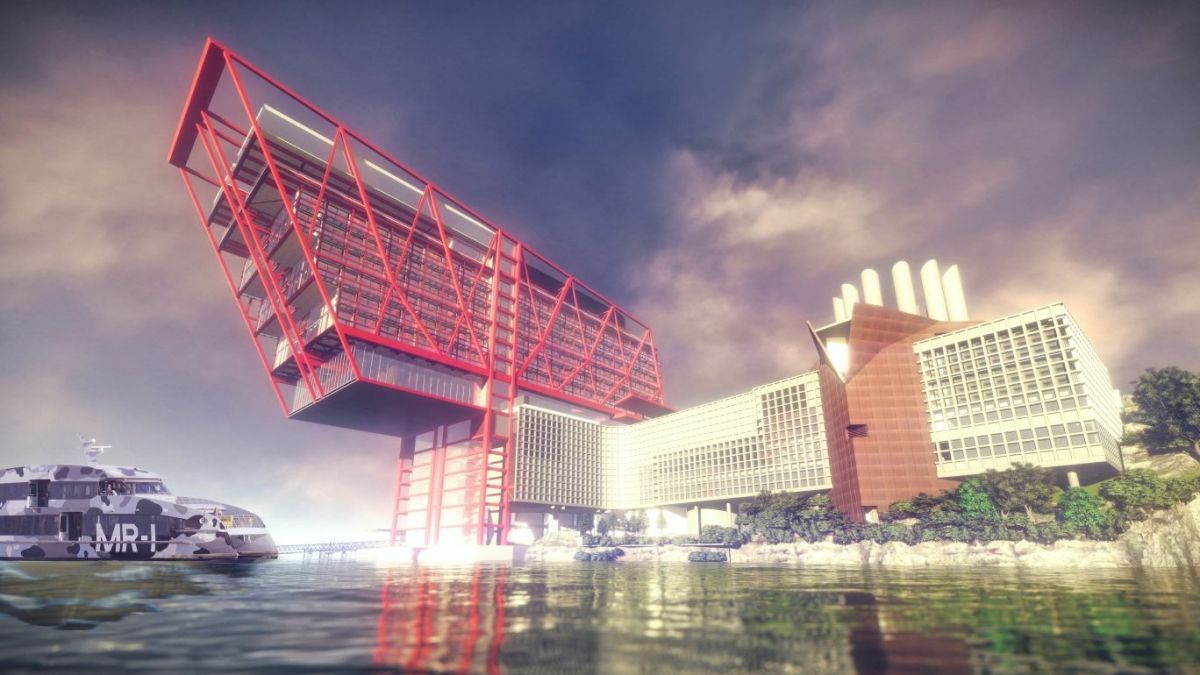 Guests will be ferried to the riverfront hotel. Image: MONA

“The horizontal distance from the land to the point (furthest out over the water) is 53 metres,” he added. “It’s not modest.”

Guest rooms will look towards Mount Wellington or up the river towards Claremont and Otago Bay.

The proposal also includes a multi-purpose function space catering for private and business-style events, with capacity for between 1000 and 1600 people. 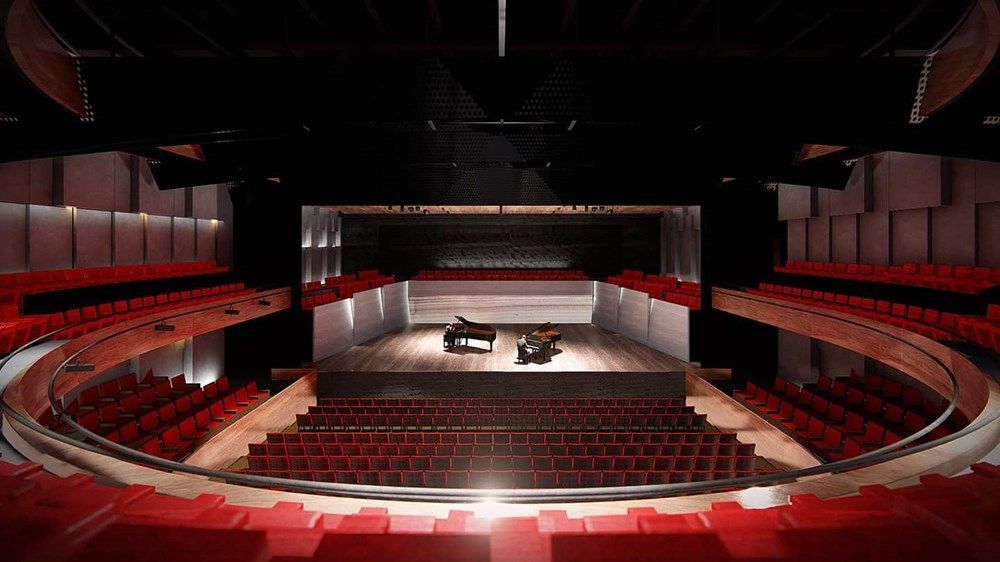 A large theatre with more than 1000 seats will be located below the hotel. Image: MONA

There will also be a office space for MONA staff, a three-storey library and new gallery space.

Other amenities will include a publicly accessible restaurant and bar, an expanded outdoor performance area with new outdoor stage, as well as conference and auditorium facilities.

Special “experience rooms” designed in collaboration with artists are also on the cards, as well as a vortex entrance.

Local and international artists will play a role in creating some of Motown’s new facilities, with a spa centre designed by artists James Turrell and Marina Abramović, as well as playgrounds designed by Toshiko MacAdam, Tom Otterness and Daily tous les jours. 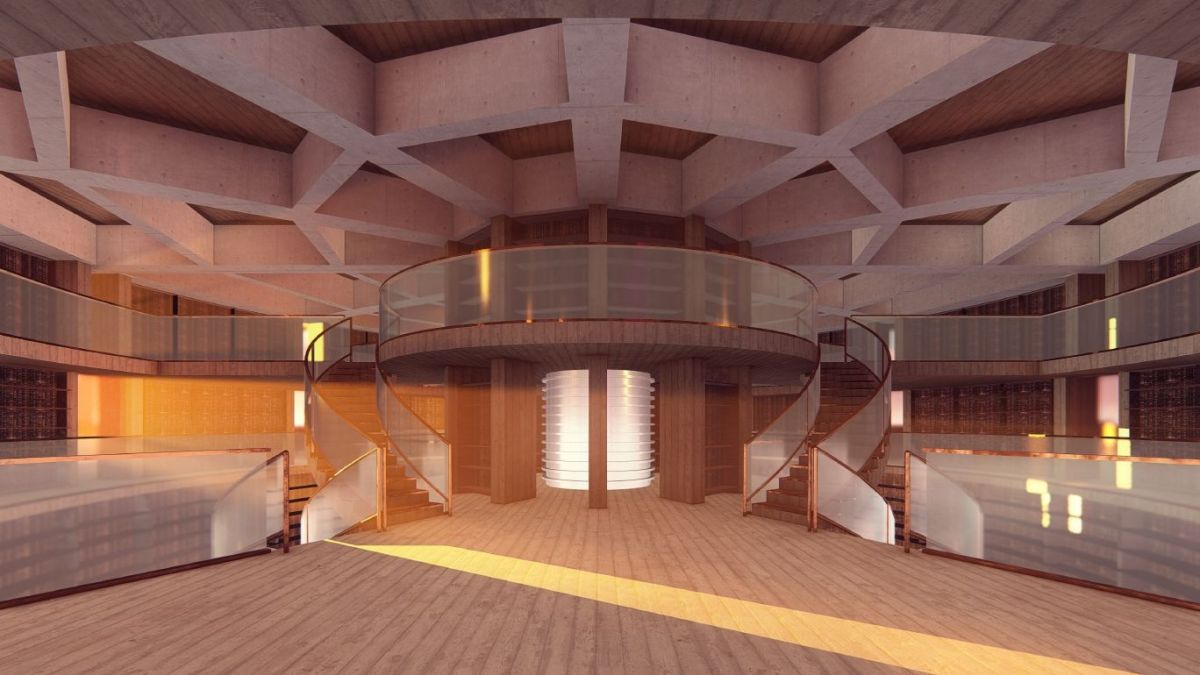 As hotel access will be mainly via the water, the jetty will be upgraded and ferry capacity will be increased. Guests will be taken to the hotel on “Venice-style motoscafi ferries” designed in collaboration with MONA’s ferry operators, Navigators.

Eventually a boardwalk will link the complex with the main road.

Mr Walsh said the company originally had a “vague plan” to operate the hotel being built at Parliament Square on the Hobart Waterfront, which he would have named Motown, but that property was eventually leased to Marriott. 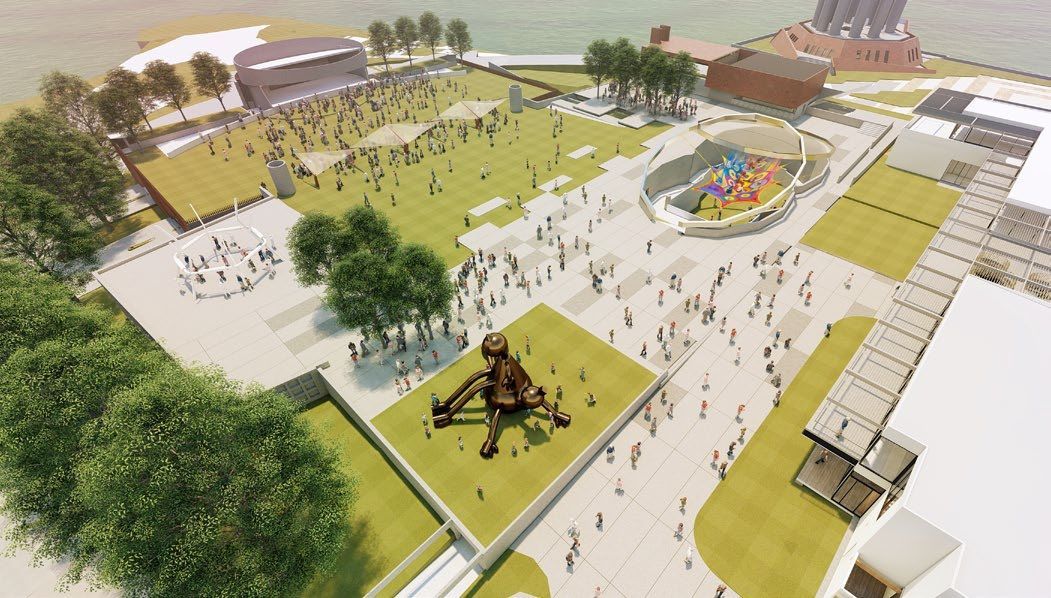 An artist’s impression of the outdoor playgrounds and performance area. Image: MONA

“I’m thinking, ‘The Mona hotel, if all goes well, will be a community. It’ll become a downtown area. Motown it is’,” Mr Walsh said.

He added that the name had been changed after consultation with the museum staff and the local community from the originally proposed HoMo (Hotel MONA), which attracted controversy.

Funding is not yet in place for the redevelopment, but Mr Walsh said the project is expected to complete in 2024 “if we’re lucky”.

Cover Image: A $400 million hotel cantilevering above the water has been proposed. (Image: MONA)