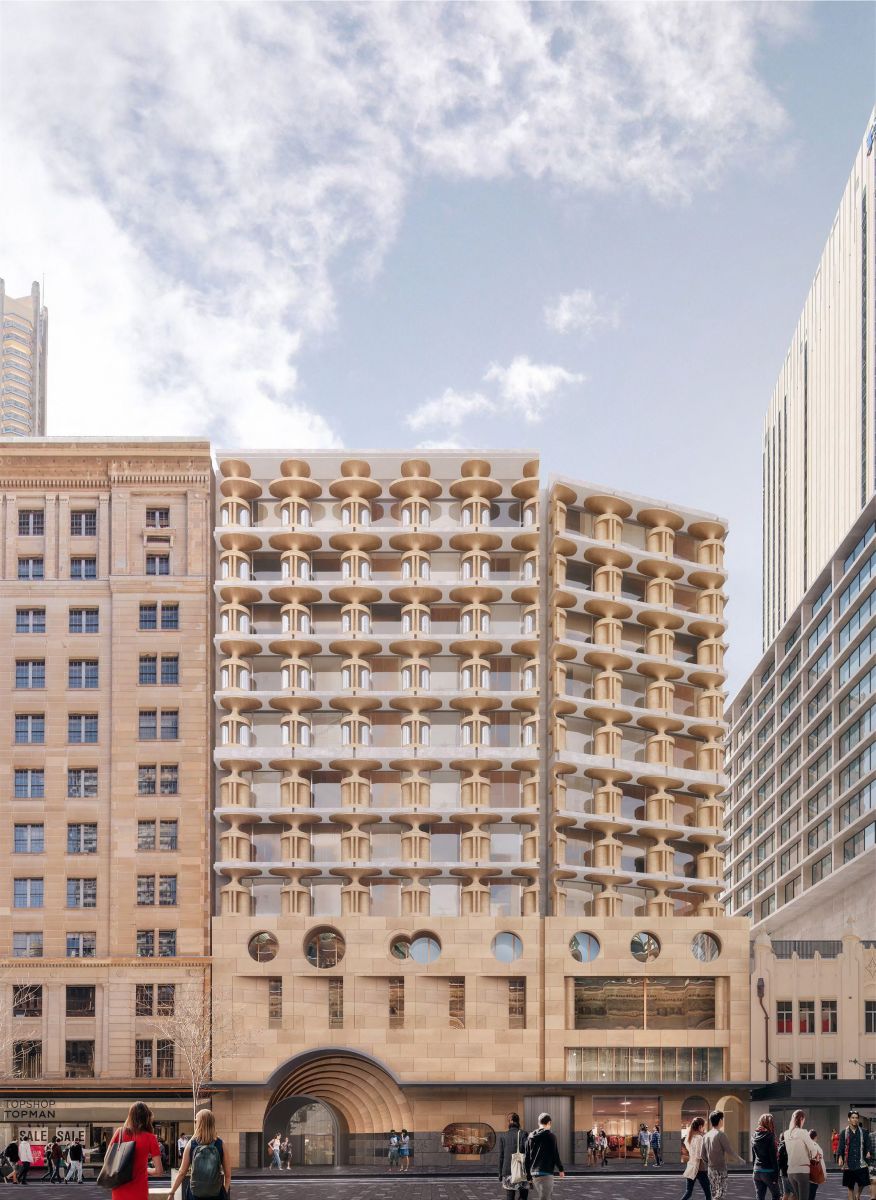 A 13-storey extension of the QT Hotel at 458-472 George Street has been proposed for the historically significant precinct in the CBD.

Situated opposite the Queen Victoria Building, the proposal will replace two existing buildings, the former Globe Theatre at 458-466 George Street and Dudley House at 468-472 George Street. The combined site will comprise an area of 4160 square metres.

The proposal, of 13-storeys and 4 basement levels, will contain hotel, bar and retail uses. The extension connects to the existing QT Hotel, currently located in the adjacent Gowings building to the North of the proposed extension. Upgrades to the State Theatre are also proposed as part of the development.

The proposed design responds to the numerous historically significant buildings on the site through its design and materiality. A curved entryway references the numerous arches of Queen Victoria Building (QVB) arches, while intricate curvilinear columns on the upper levels of the façade draw parallels with QVB’s ornamented circular columns. The façade takes historical architectural languages found in QVB and translates them into a contemporary design that respects the architecture of the past while creating something new.

It is envisioned that the proposed extension will add to the QT Sydney’s unique experience, with the new section providing an additional historical layer for customers. The existing QT hotel, housed in the Gowings building and the State Theatre at 49 Market Street, consists of 200 carefully crafted rooms. The restoration and combination of the Gowings Building and the State Theatre has created a blend of architecturally distinct styles and eclectic quirks that make up the QT brand. These buildings bring Gothic, Italian and Art Deco influences to the hotel, which retained some of these characteristics during the remodelling. The State Theatre’s glamorous past has resulted in rare art collections in the building – a collection of bold and quirky artwork and artefacts have allowed QT to extend the State Theatre’s historical position. 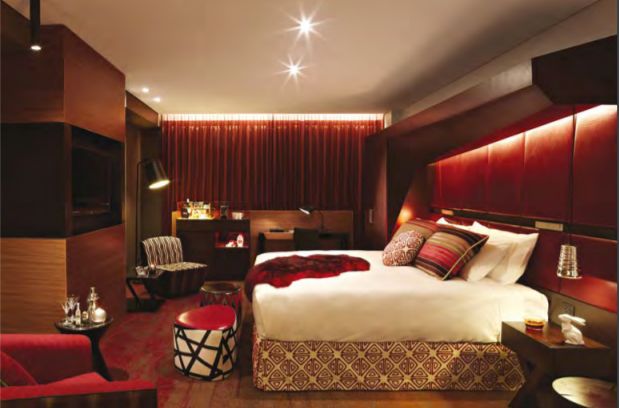 Image: QT Sydney’s rooms are carefully designed to blend historic characteristics with bold design in an eclectic and distinct manner. The room above features the original timber floor of the historic Gowings Building. (Image: QT Hotels)

Candalepas Associates designed the nearby AHL Headquarters at 478 George Street, which won the Harry Seidler Award for Commercial Architecture at the National Architecture Awards in 2016. Candalepas has also designed the QT Hotel in Melbourne and has recently been appointed to work on a development for the Royal Far West’s beachfront campus with Glenn Murcutt.