Revealed last week, the bold new designs for Melbourne’s five new Metro Tunnel stations give Victorians a better idea of what to expect when they reach completion in 2025.

Minister for Public Transport Jacinta Allan confirmed that these were “the final designs,” emphasising that each station will be as easy as possible for passengers to navigate and will deliver the “turn-up-and-go train system our city needs.”

The Metro Tunnel Project aims to free up space in the city loop bottleneck. These five new stations – whose names were decided upon after public competition – will draw on the local character of each location in their design and layout. Each station design is part of an international collaboration between Hassell Architects, Weston Williamson and Rogers Stirk Harbour and Partners. 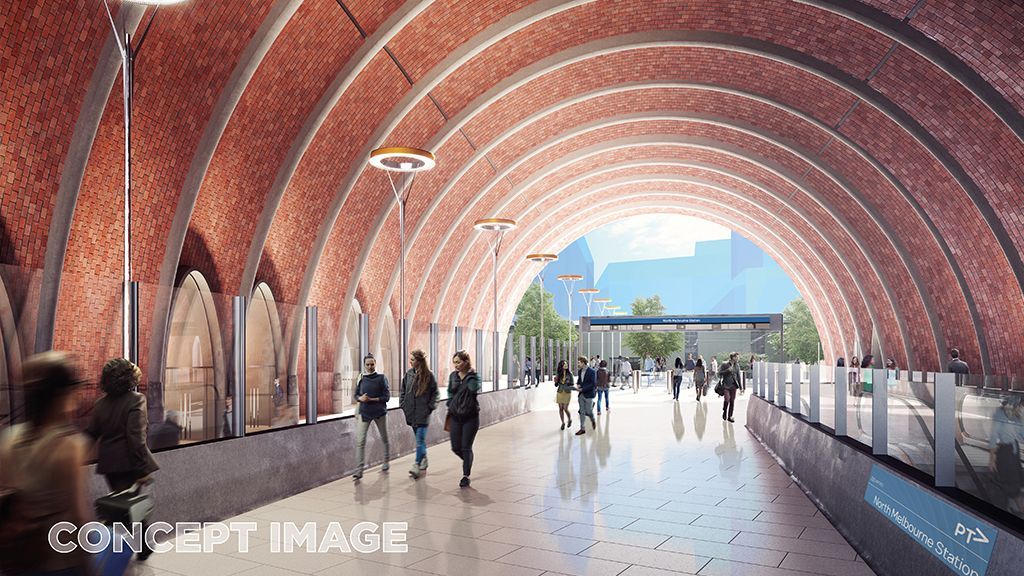 In the designs, North Melbourne Station is noted for its impressive arched brick entrance, an effort to reflect the area’s industrial heritage. In addition, skylights will allow for significant natural light to filter down onto each platform.

Passengers at Parkville Station will enjoy a 360-degree tree-lined view of Grattan Street, enabled by enclosed glass entrances that lead down toward the underground concourse. 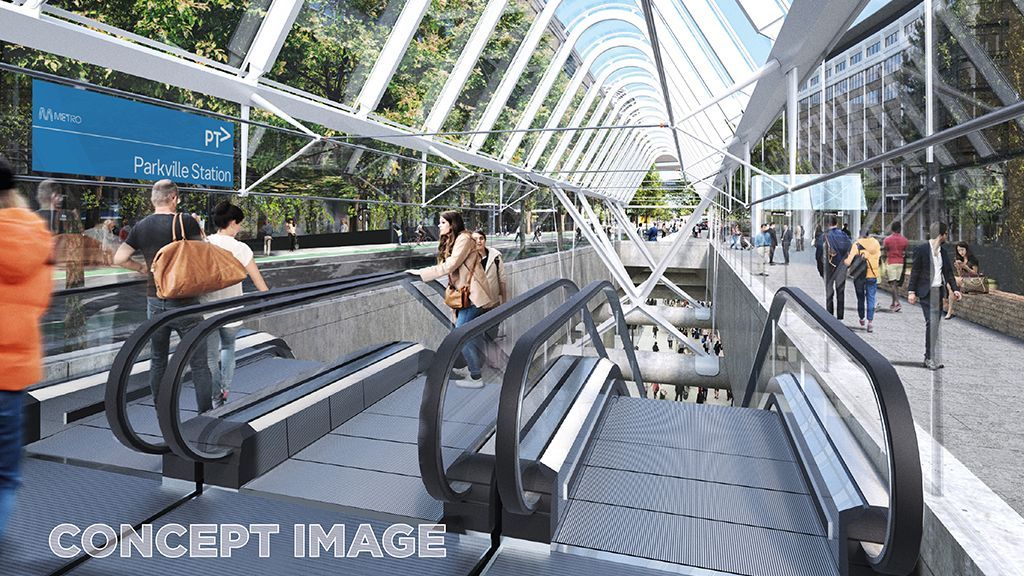 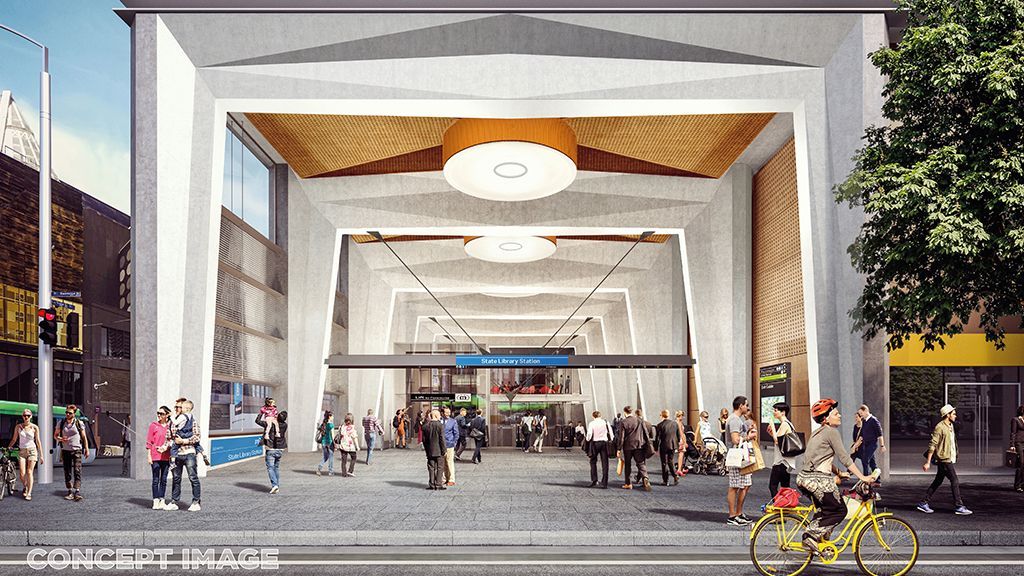 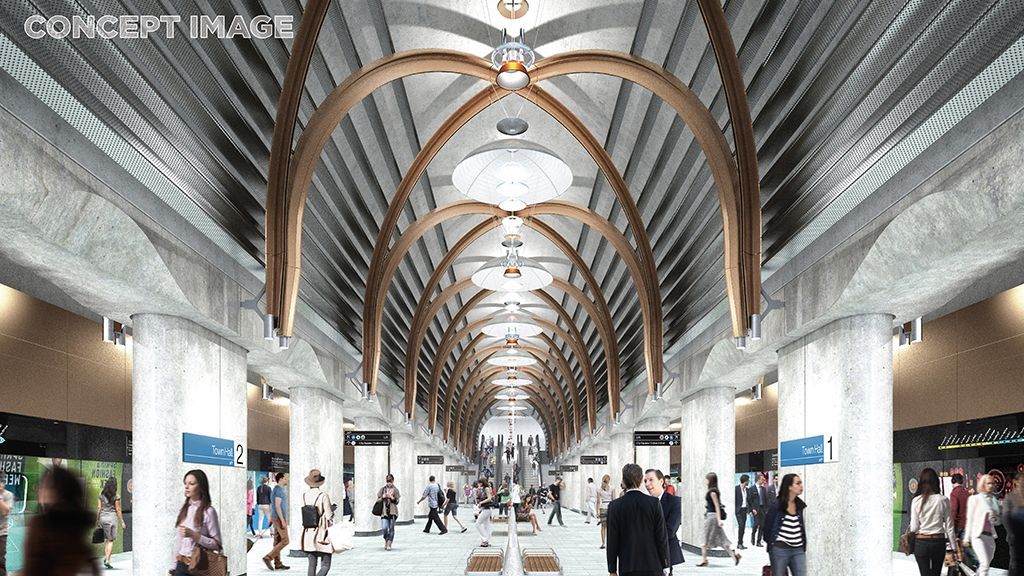 Town Hall and State Library Stations will both feature sweeping arches on their platforms (Image: Supplied)

Anzac Station in Domain will include a vast timber canopy reaching up from below ground, providing both natural light and shelter for the thousands of passengers each day who will move between trains and trams. 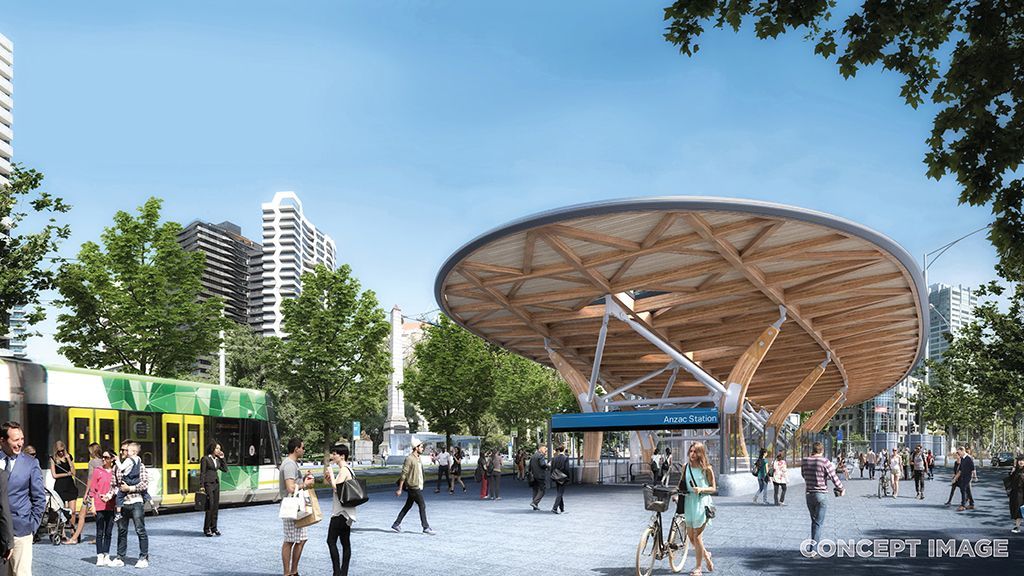 The new station designs will also deliver a number of new parks and open spaces, bicycle facilities and community plazas. A pedestrian underpass beneath St Kilda Road is also proposed.

“We will work with the Victorian Government to ensure the city continues to reap the benefits from this world-leading project, including enhanced public spaces for Melburnians to enjoy for decades to come,” newly appointed Lord Mayor Sally Capp said.