Melbourne Arts Precinct to Undergo ‘Once In A Generation’ Transformation 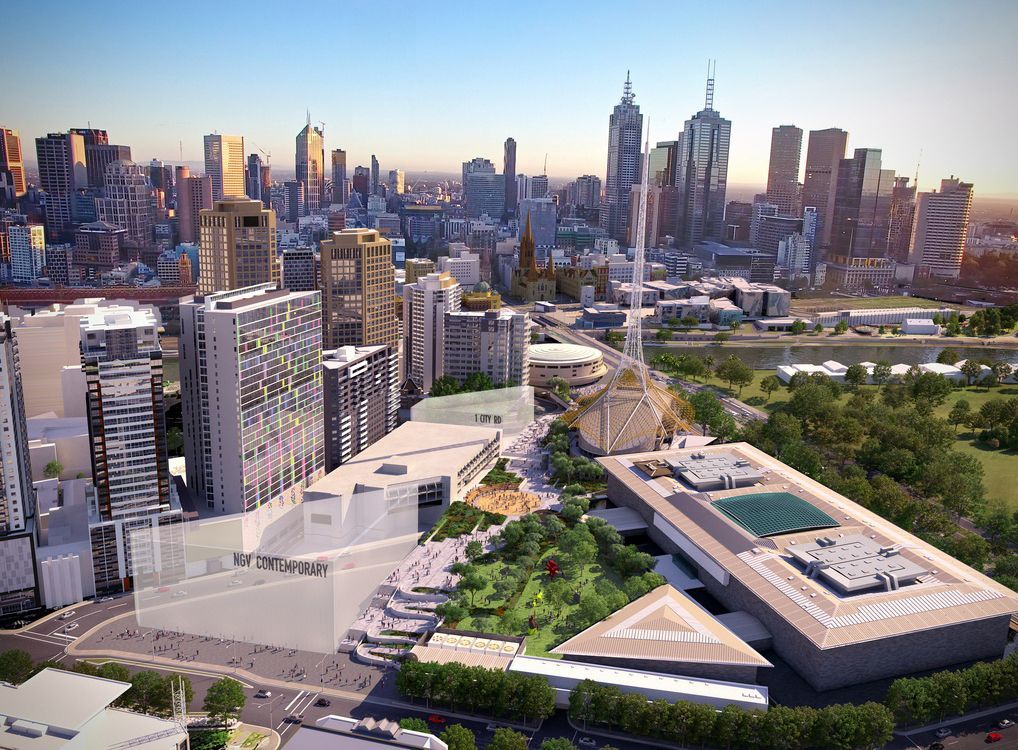 In the city’s drive to cement its place as the “nation’s cultural capital”, Melbourne Arts Precinct in Southbank is set to become home to new galleries, new public space and a new creative hub.

The Victorian Government, who recently announced the new project, will invest over $200 million before 2021 in a transformation that will include Australia’s largest contemporary art and design exhibition space - NGV Contemporary.

This standalone building has been proposed on the current Carlton and United Breweries (CUB) site along Southbank Boulevard. Once built, NGV Contemporary will be three times the size of the Museum of Old and New Art in Tasmania.

In addition to this, a whole precinct overhaul is planned which will “transform the area” surrounding the NGV and Arts Centre. Designed in partnership with ARM Architecture and Taylor Cullity Lethlean, over 18,000 square metres of new and renewed open public space will include an outdoor performance area and an elevated pedestrian park. The area is expected to attract an additional 3 million visitors per year. 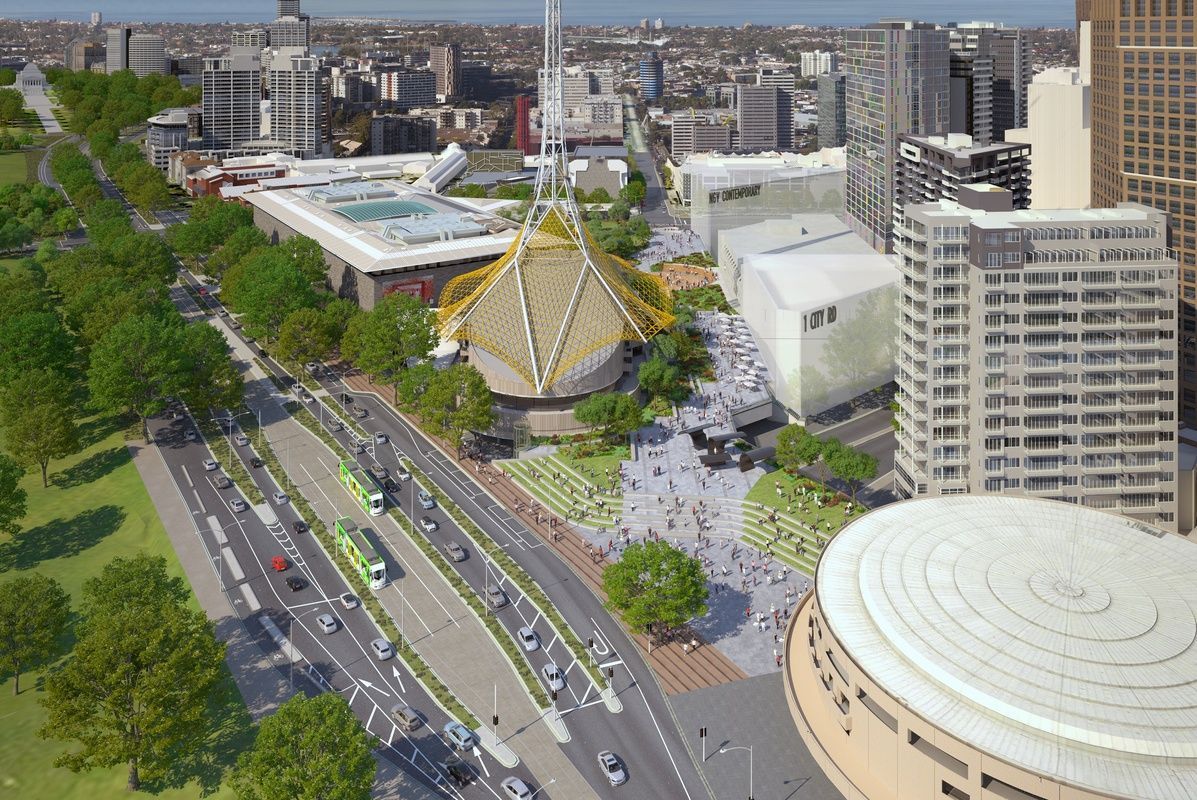 Arts Centre Melbourne’s Theatre’s Building, one of Melbourne’s most recognised landmarks, will be upgraded, and a new Australian Performing Arts Gallery will be added.

A rejuvenated 1 City Road site will see one of the only available parcels of land in the area be converted into a new creative hub for small to medium and independent arts organisations. This will house the Arts Centre’s administrative offices, as well as education and research facilities.

“It’s a game-changer for our city that will cement Melbourne as the cultural capital of Australia,” State Premier Daniel Andrews told media. 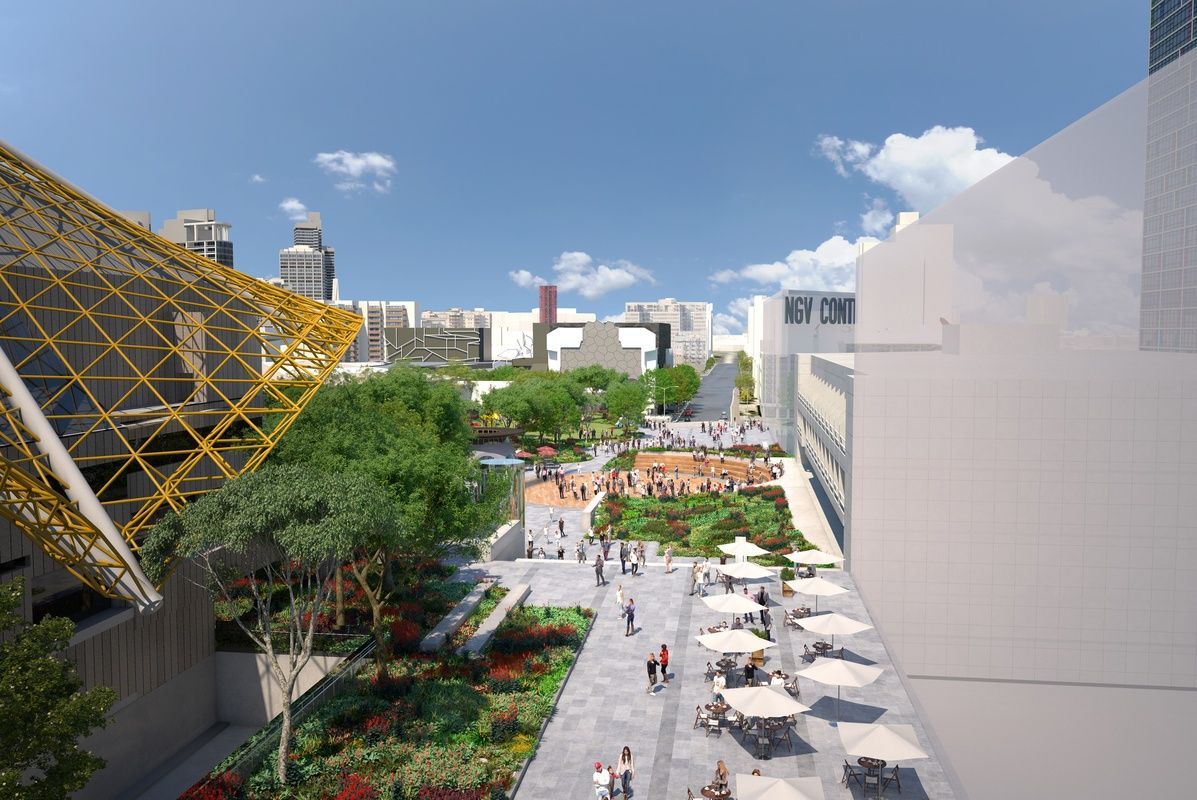 Over 18,000 square metres of public space will transform the area (Image: Victorian Government)