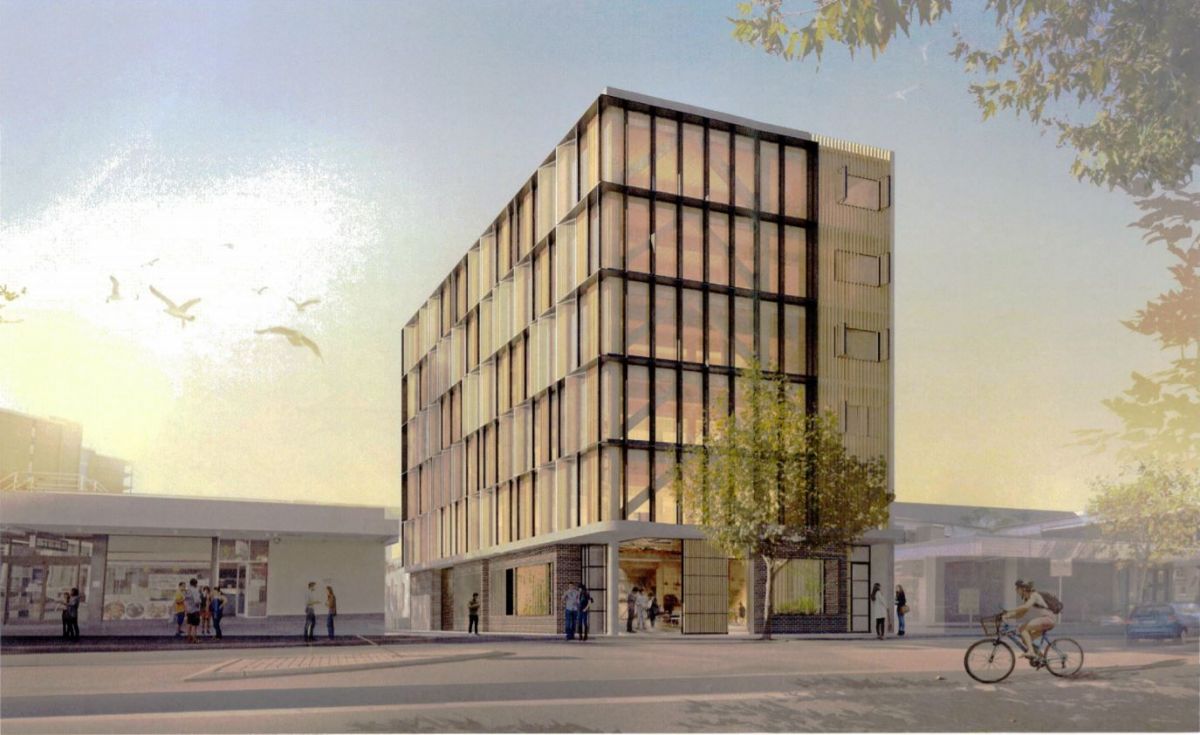 The City of Fremantle has approved a proposal to build Western Australia’s first cross-laminated timber office building in Fremantle.

Designed by Harris Jenkins Architects, the six-storey proposal on the corner of Josephson and High Streets comprises 1,895 square metres of office space across 5 levels, a ground floor with a restaurant and a small bar, as well as a basement with a car stacker, pump room and water tank.

A core part of “hArbour” is the sustainability aspect of the project. In addition to environmental benefits of using timber as a building material, other sustainability features include a solar photovoltaic and battery storage system, a commercial greywater system and renewable construction materials.

With a dense vertical garden, as well as an operable glass façade to circulate fresh air and deliver natural light to all levels, the proposal also seeks to promote workplace wellbeing. 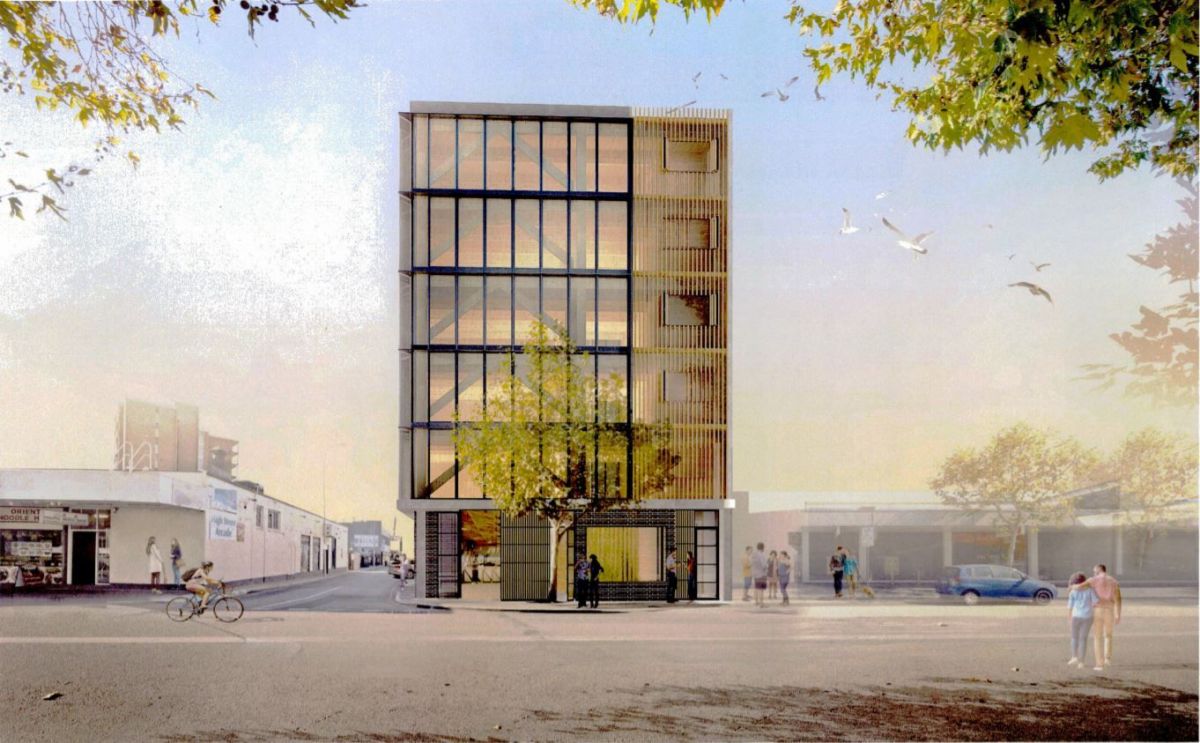 Image: The timber structure is expressed through the glass façade of hArbour along High Street. A portion of this side of the building is clad with timber batten screens. (Image: Yolk Property Group) 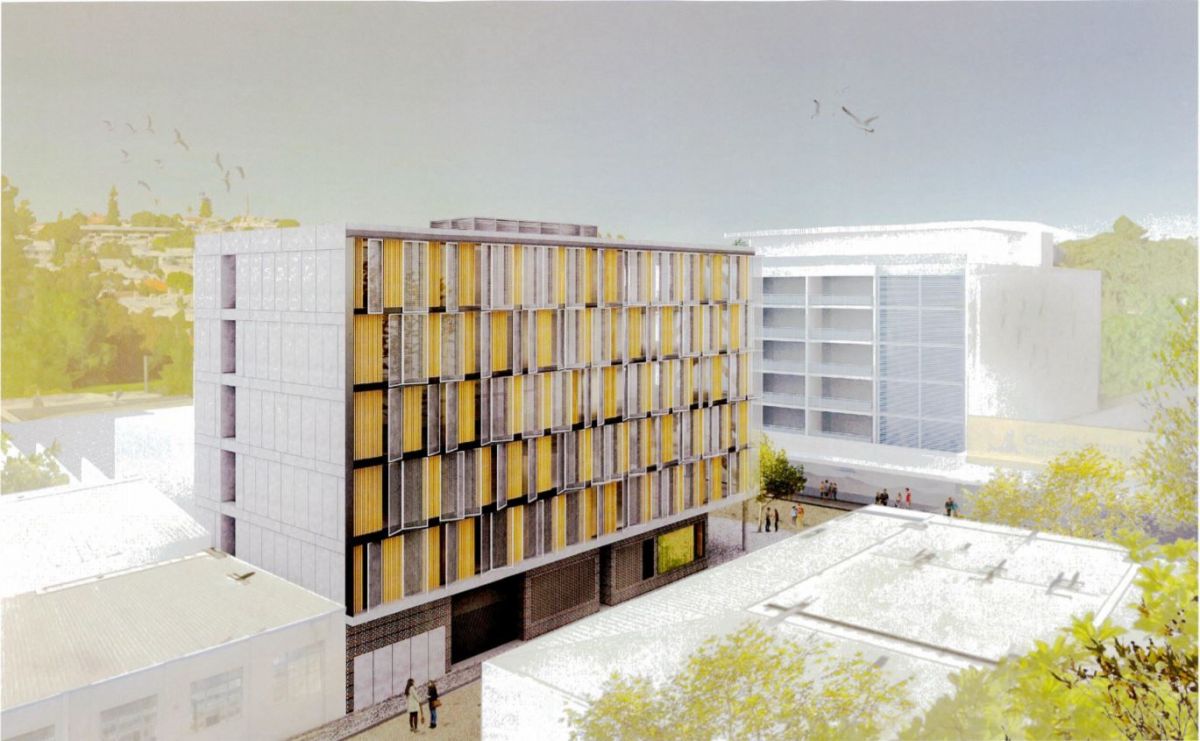 Fremantle Mayor Brad Pettitt said that the proposal exemplified the sustainable development the City was seeking to encourage.

“In recent years in Fremantle we’ve seen the construction of some really exciting sustainable buildings that are better places to live and work in, better for the environment and cheaper to operate,” Mayor Pettitt said, adding that, “To be home to WA’s first timber-framed office building will only enhance Fremantle’s reputation as a leader in sustainable development.”

HArbour is 100m from the new Kings Square project, a precinct renewal of Fremantle city centre. Representing the largest public-private infrastructure project in Fremantle’s history, the redevelopment will include retail areas, 5-star green star office spaces, and public areas for play and relaxation.

“This project, along with the renewal of Kings Square and all the new residential developments in the city centre, will result in more people living and working in Fremantle and supporting the local economy,” said Mayor Pettitt.

This project comes after the amendment to the City of Fremantle’s Local Planning Scheme (Amendment 49) in 2012, which identified 12 key sites in the East End that were suitable for redevelopment, through increased density and building heights on these sites.

Both HArbour and Kings Square are expected to be completed in the middle of 2020.