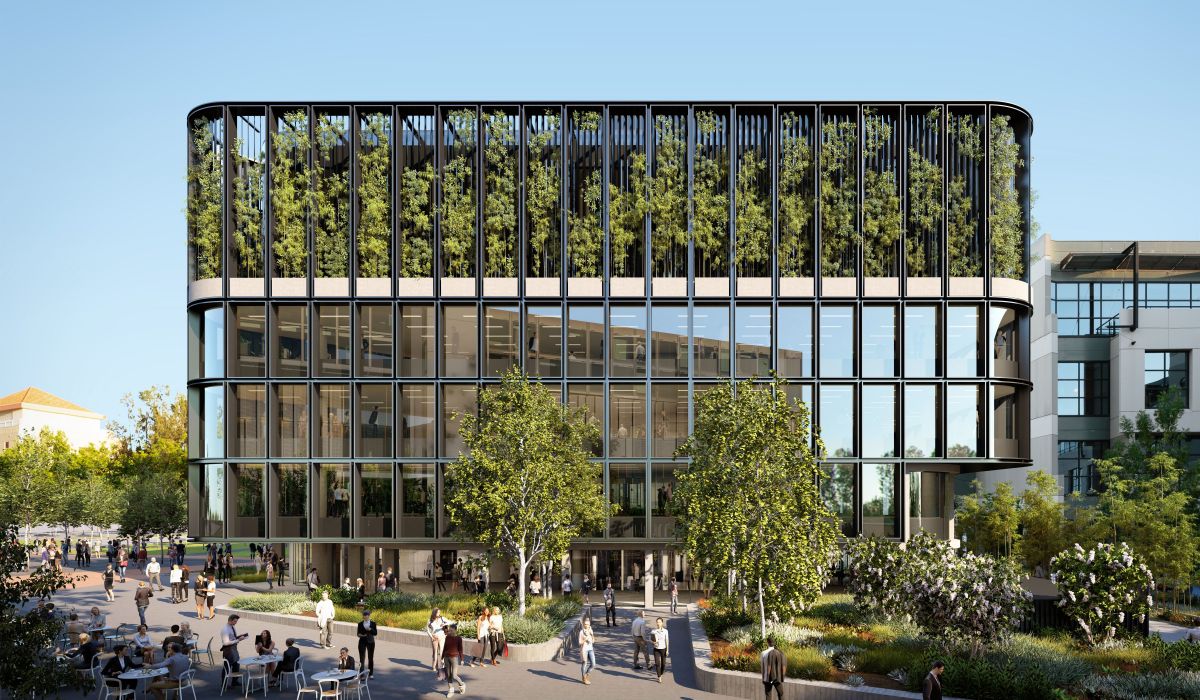 Canberra developer Doma Group has lodged plans for a six-storey office building in Barton with an end value of $75 million.

The development at 2 Darling Street, if approved, will add 10,900 sqm of A-grade office space to Canberra’s Barton, which is dominated by government institutions.

It forms stage two of the redevelopment of a former 6,550 sqm carpark, with stage one being the adjacent 120-room Little National Hotel completed by Doma in late 2015.

The developer is also building hotels under the Little National Hotel brand in Newcastle and Sydney CBD above Wynyard Station, which will have 140 rooms and 230 rooms respectively. 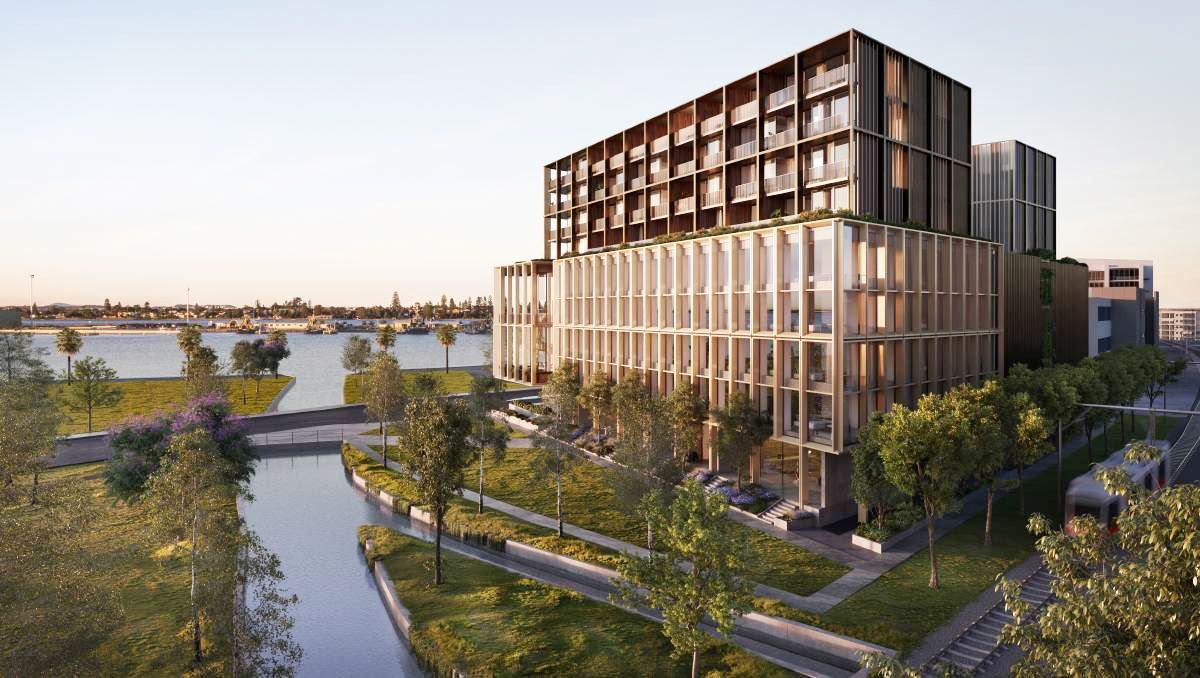 The new office development will be adjacent to the 120-room Little National Hotel completed by Doma in late 2015. Image: Doma Group

“This is an opportune time to prepare for the anticipated Commonwealth office demand we expect to see for high quality office in the 2020 market in Barton,” he said.

“Securing a large office space, particularly in a high-quality modern office building, can be difficult in the ACT. Our A-Grade vacancy rates in popular employment hubs such as the CBD and Parliamentary precinct are 2.6 per cent and 0.4 per cent respectively.”

Designed by Bates Smart, the proposed office building will have a central atrium accommodating single or multiple tenants. This was designed to increase flexibility for a range of workplaces, while also allowing a Commonwealth agency requiring high security to alter the space to suit their security classification levels.

“Glass curtain building facades and upper level gardens will be complemented by a sophisticated landscaping palette to deliver a striking new architectural addition to the Barton area,” he said.

“We have paid particular attention to the interplay of the new building with the Little National Hotel, and its connectivity and consistency with the rest of the Realm Precinct.” 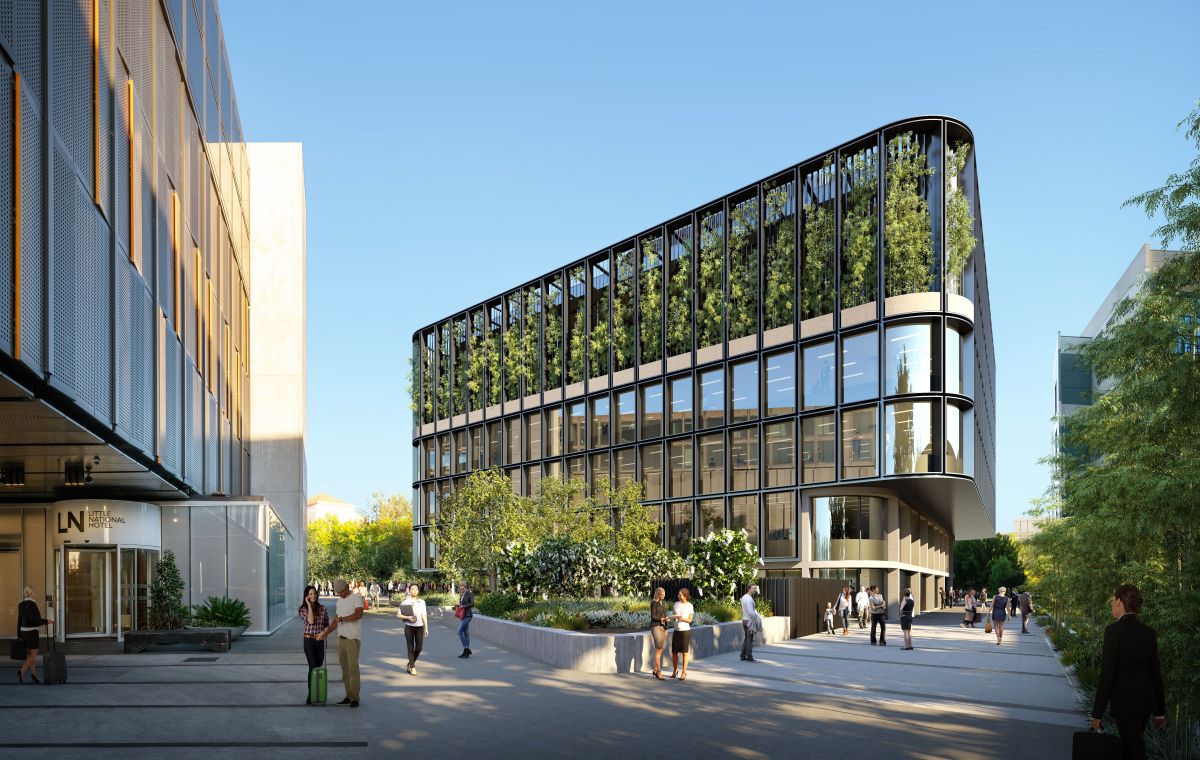 A new urban plaza between the proposed building and the adjacent Little National Hotel will be created. Image: Doma Group

The building will target a 5-star NABERS energy rating and 5-star Design and As-built Green Star rating. It will be the 10th office project developed by Doma, with construction anticipated to begin in the second quarter of 2019 and completion in late 2020, if the National Capital Authority grants the project a works approval.

Other office developments in the group’s pipeline include a new 13,200 sqm office building, committed by the ACT government, at Dickson’s former motor registry site and a 15,000 sqm complex that will be anchored by the NSW government in Newcastle.

Cover Image: An artist’s impression of the six-level office complex in Canberra’s Barton to be developed by Doma Group. (Source: Doma Group)