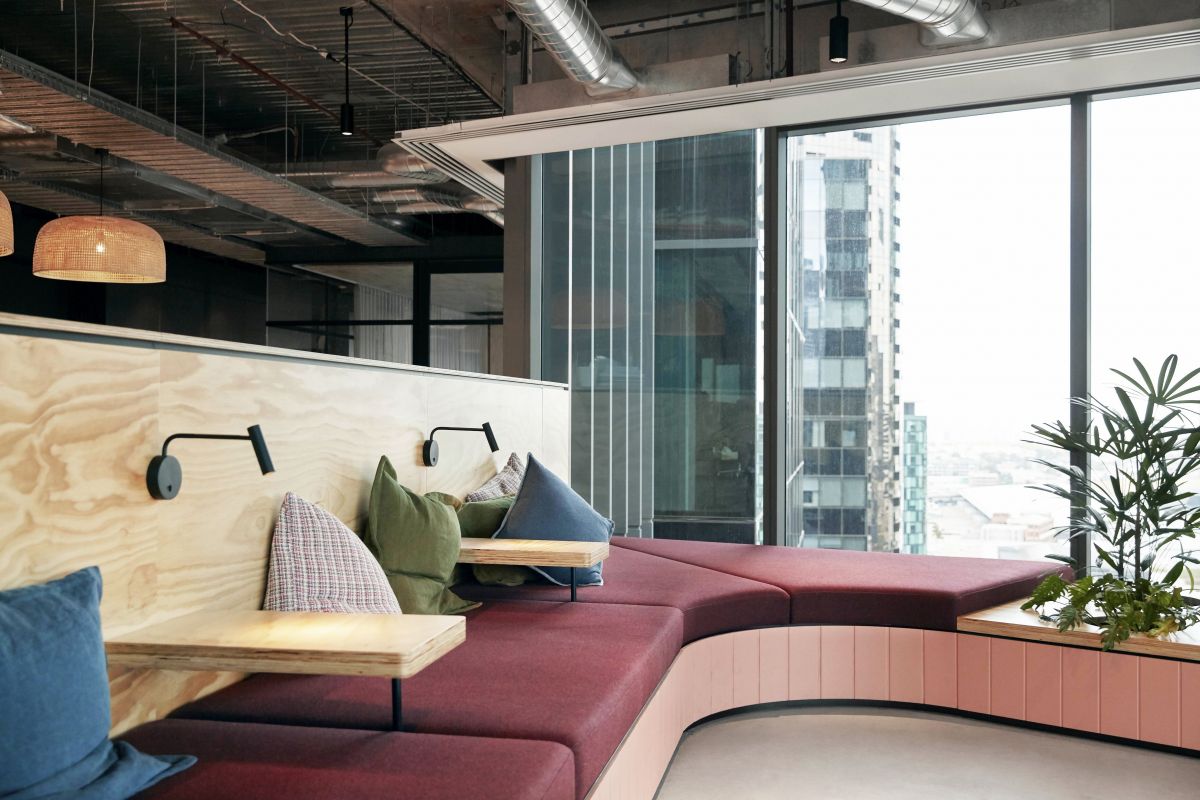 One look at the shortlisted entries could tell you that Victoria is leading the country’s interior design scene with 119 nominations, followed by NSW’s 63 and Queensland’s 13.

In workplace design, Victoria dominates the section with 20 nominations, followed by NSW with 13.

Not surprisingly, coworking spaces have a strong presence in the category, as the sector continues to be known for its heavy design and hospitality-style amenity elements.

Major office landlords are seeing their coworking spaces appear on the shortlist, including two of GPT’s Space&Co centres in Melbourne at 2 Southbank Boulevard and 8 Exhibition Street as well as Dexus’ SuiteX site at 44 Market Street, Sydney. 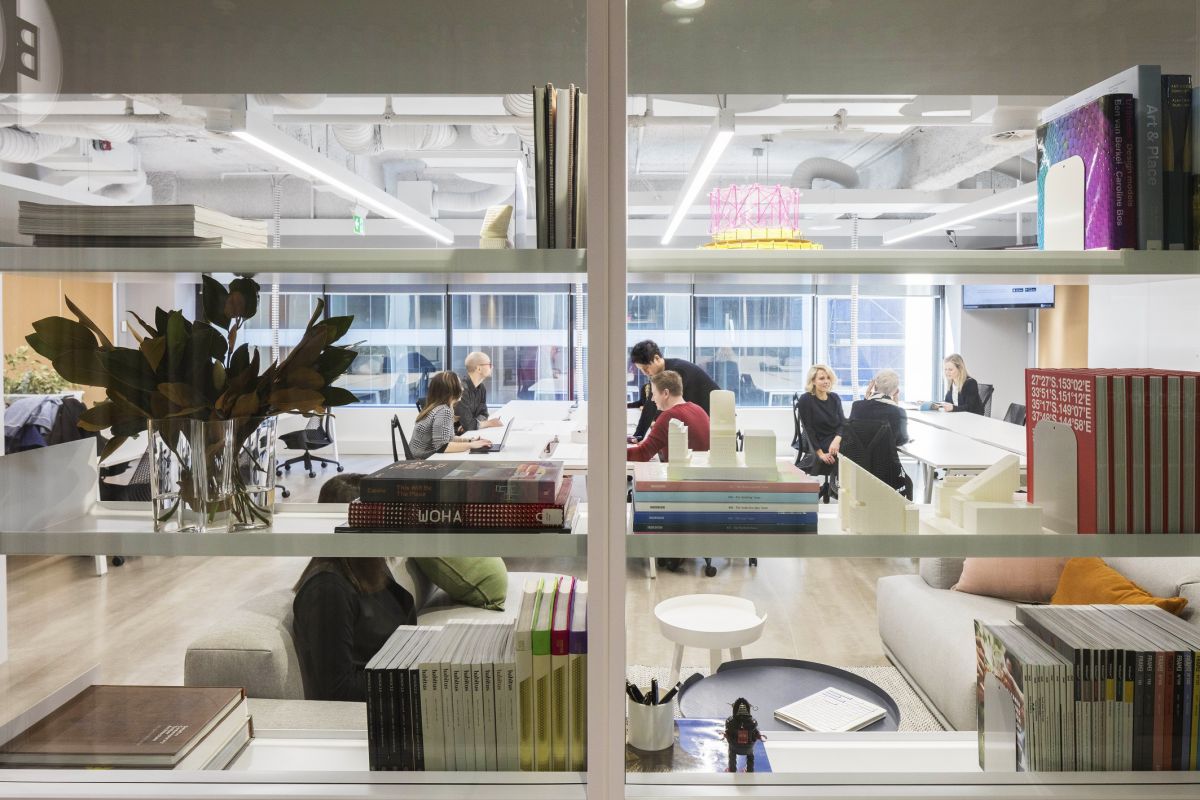 Adaptive reuse has proven to be an attractive feature, with nominee United Co’s coworking space in Melbourne brought to life in one of the last undeveloped warehouses on Smith Street. 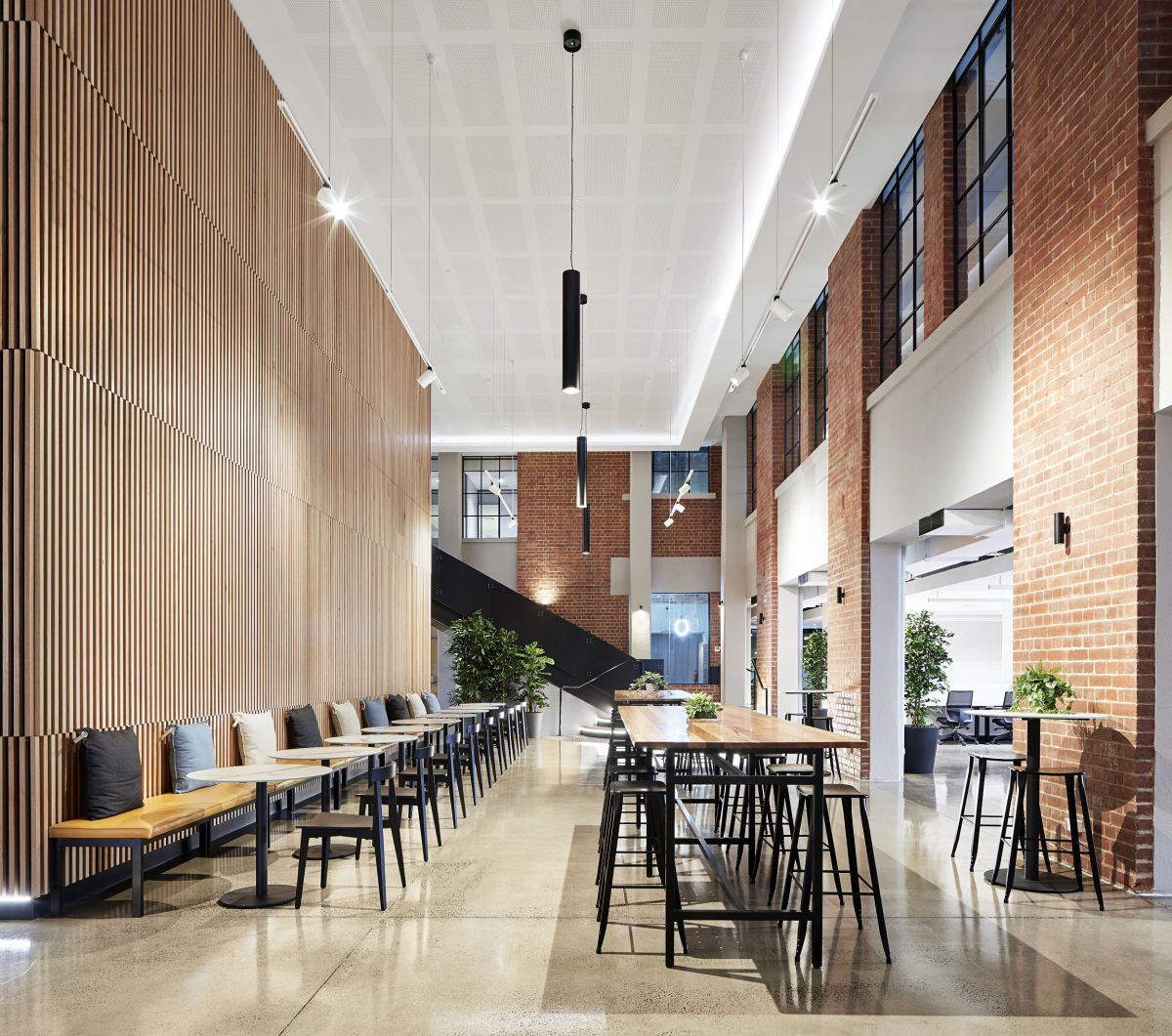 Another entry with the heritage factor is Excelon Group’s head office and coworking space in the historic Melbourne Steamship Building, recognised by its royal blue and white colour scheme.

In the hospitality design category, the Microsoft Technology Centre above the GPO in Sydney’s Martin Place is a notable project. The 1680 sqm space is the company’s first flagship technology centre in Australia and has conference spaces, product display areas and staff touchdown zones.

The Freycinet Lodge Coastal Pavilions is the only shortlisted entry in Tasmania and one of the few nominated accommodation projects. Surrounded by the waterside bush of the Freycinet  National Park, the curved form is inspired by the coastal rock formations nearby. 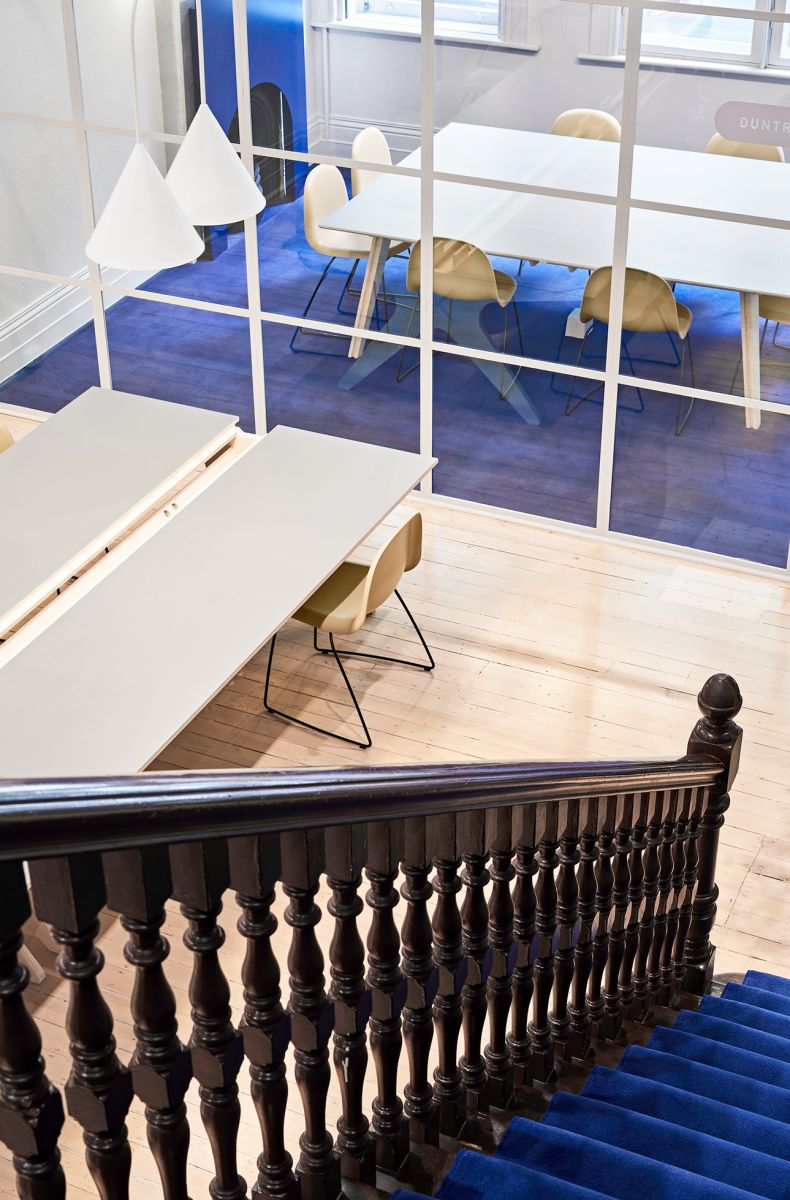 The Melbourne Steamship Building has been transformed by Kennedy Nolan into a series of flexible workspaces. Photo: Dan Hocking 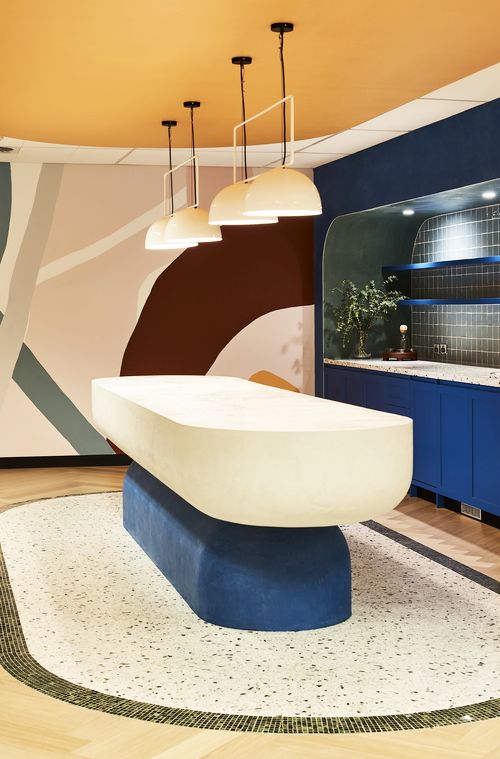 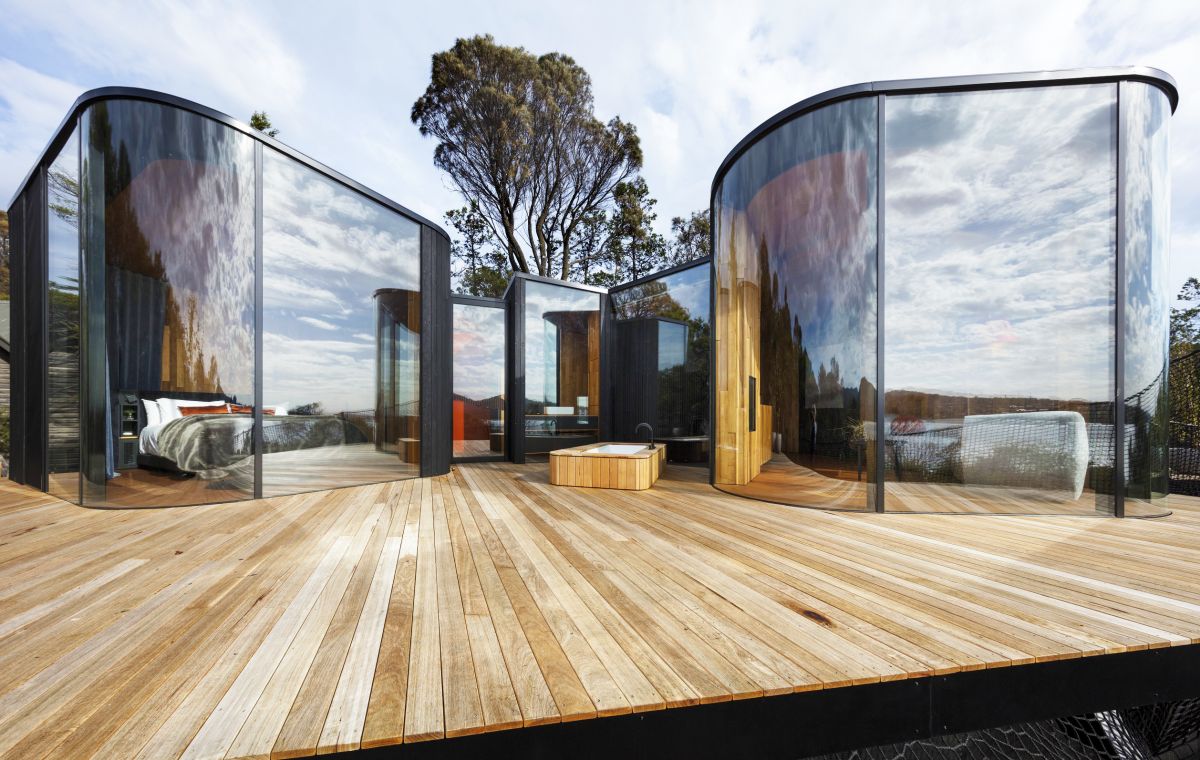 Nominated for the retail design award, Warrior One’s predominantly white colour palette with touches of timber evokes a sense of calmness. Its design was inspired by the yoga studio’s “deep connection to the ocean”, according to project notes. 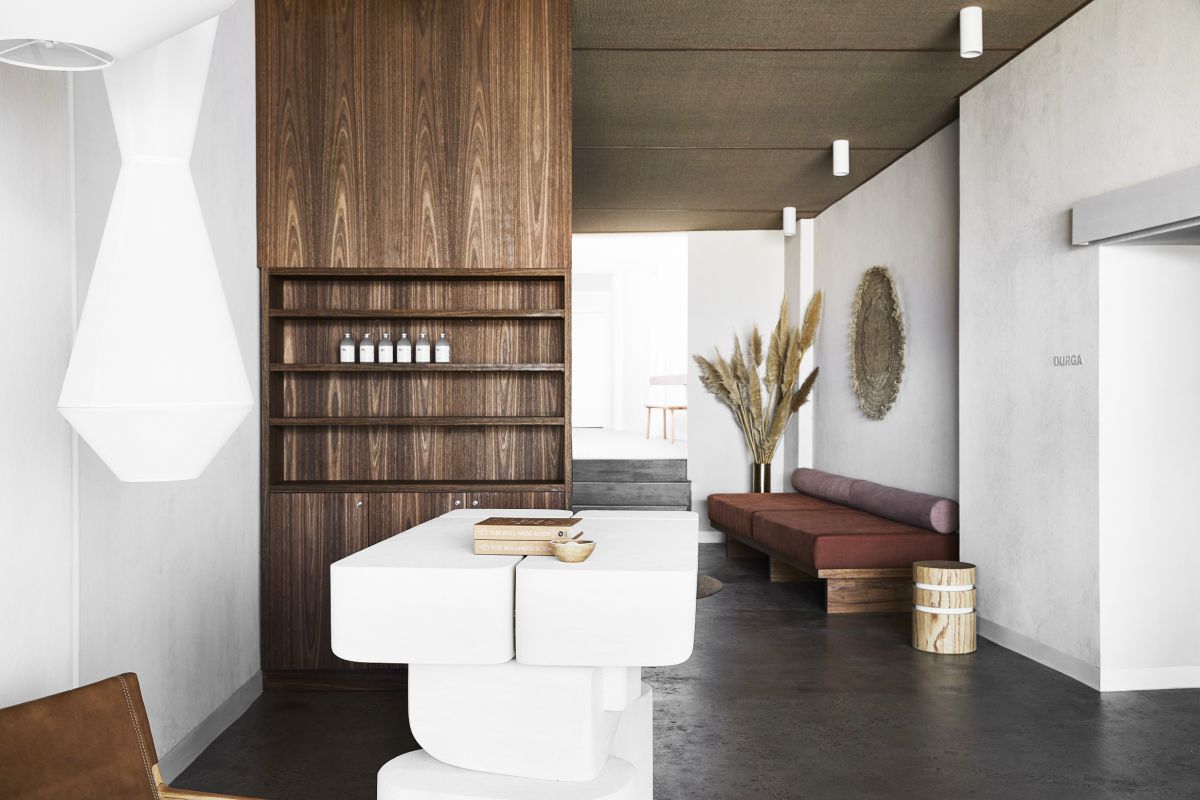 The inspiration of the design of Warrior One, by GOLDEN, was drawn from the ocean. Photo: Sharyn Cairn

Another contender in the category is the UNSW Bookshop in Sydney’s Kensington. Revitalised from an aging campus bookshop, the new space features walls lined with bookshelves, a pocket coffee shop and a mirror-finished stainless steel awning.

The final award recipients will be announced on May 31.