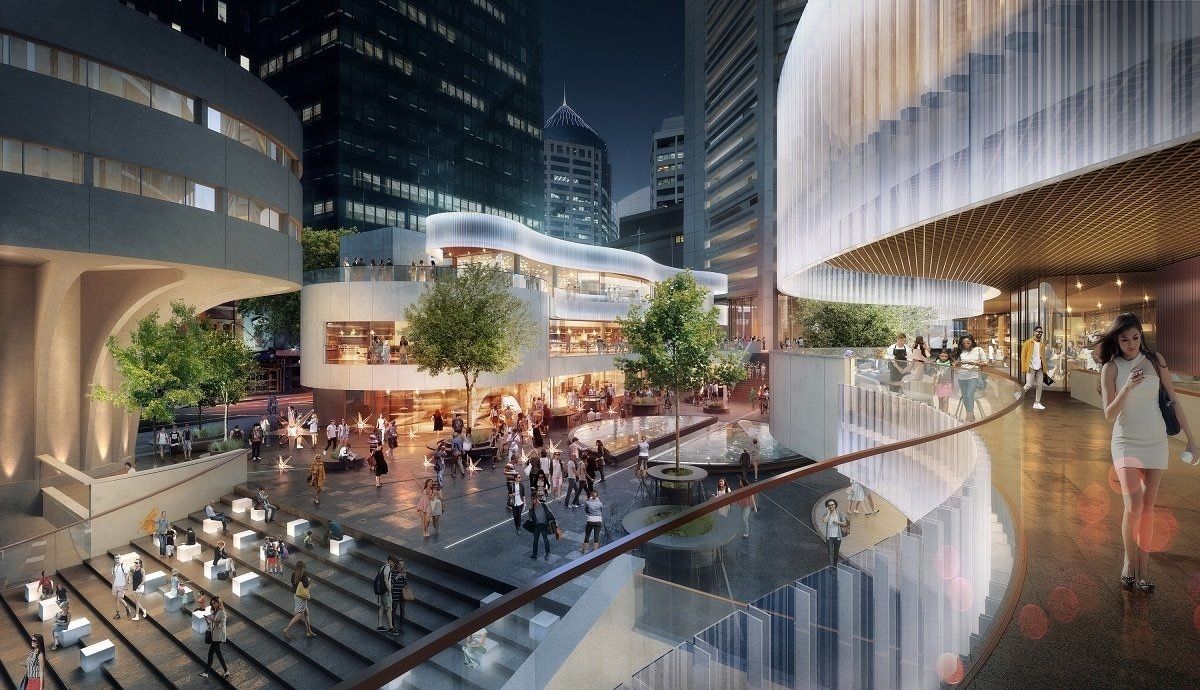 Construction of the $170 million MLC Centre redevelopment has commenced, which is set to transform the MLC precinct into a vibrant mixed-use precinct offering retail, dining, cultural, community, and commercial spaces.

The project plans to deliver approximately 6,000 square metres of retail through a 4-storey podium. Plans include new luxury retail on Castlereagh and King Streets; a new plaza and food precinct fronting Martin Place; as well as a new commercial tower entrance on Castlereagh Street, which would improve connectivity for workers and visitors.

The MLC Centre is owned by Dexus and Dexus Wholesale Property Fund. The redevelopment project is designed by Woods Bagot, with Harry Seidler and Associates (peer review), and built by Probuild.

Designed by Harry Seidler, MLC Centre became an iconic landmark in the heart of Sydney. Being the tallest office building in Sydney from 1977 until 1992, MLC Centre offers 67 storeys of office space with superior end of trip facilities and a concierge for the convenience of tenants. Even more remarkable is MLC Centre’s large amounts of plazas and open spaces, which occupy 80% of the 19 Martin Place site, for the community to connect and socialise.

Dexus Head of City Retail Development Amanda Pieriboni said, “The MLC Centre has proudly been part of the Sydney landscape since 1978 and this planned transformation will cement the location as a true mixed-use destination.”

Harry Seidler and Associates Director Penelope Seidler said, “I am so excited about the design of the new works proposed for the MLC Centre,” adding that “the integrity of Harry’s original architecture is to be re-established and contrasted with new geometries of internally illuminated glass. The MLC Centre will become the glowing core of the centre of Sydney.”

As part of the redevelopment plans, Dexus has also signed a 45-year lease with the NSW government to seek private theatre operators to revitalise and run the Theatre Royal, which was closed in 2016. Dexus CEO, Darren Steinberg, said that the reopening of the theatre “will improve the amenity in the precinct and add to Sydney’s night time economy.”

Construction is expected to be completed by the end of 2021. The redevelopment of MLC Centre will be part of the Martin Place precinct, along with the new $380 million Martin Place metro station opposite MLC Centre, which will also contain two commercial towers above the station, retail spaces and improved pedestrian connections.