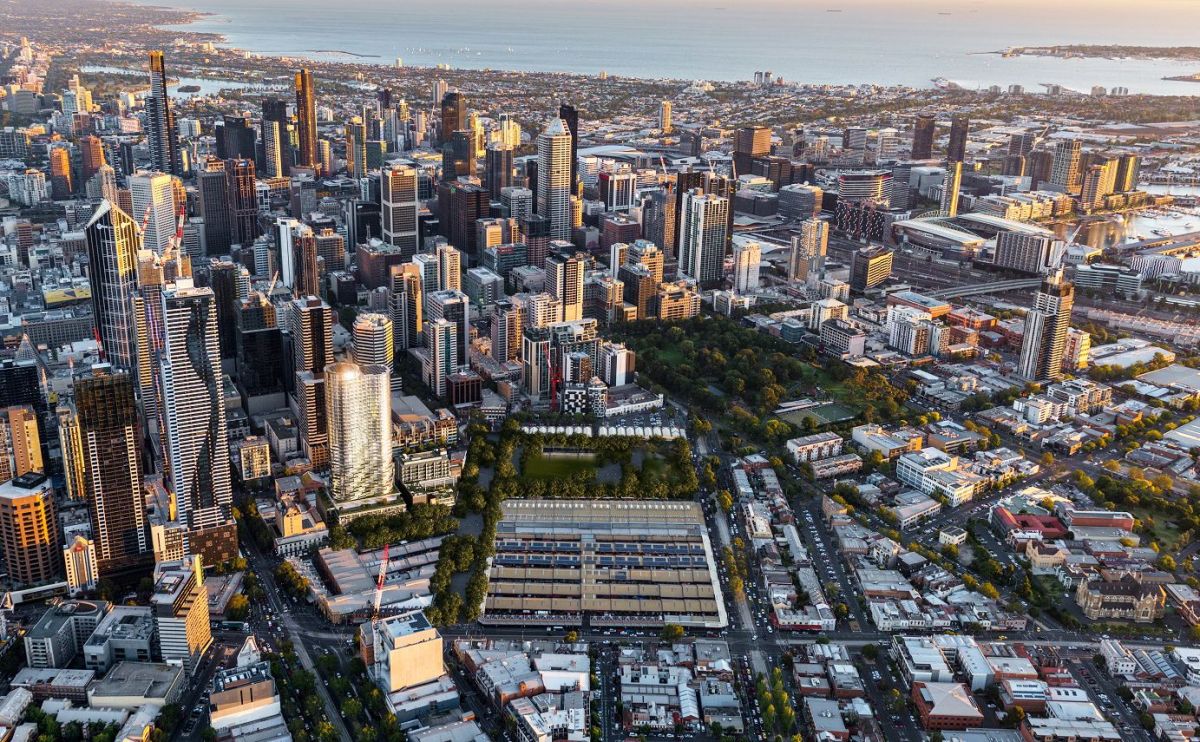 Construction has begun on the City of Melbourne’s $450 million development opposite Melbourne’s Queen Victoria Market, with a boutique hotel, apartments and community facilities in the plans.

The Munro development, comprised of two towers, is part of the council’s efforts to revitalise the wider market precinct, and will be carried out separately from the $250 million redevelopment of the Queen Victoria Market.

The City of Melbourne purchased the site on the corner of Queen and Therry Streets for $76 million in October 2014 from the Munro family to prevent a major supermarket or retail chain from opening in the precinct and competing with the markets. 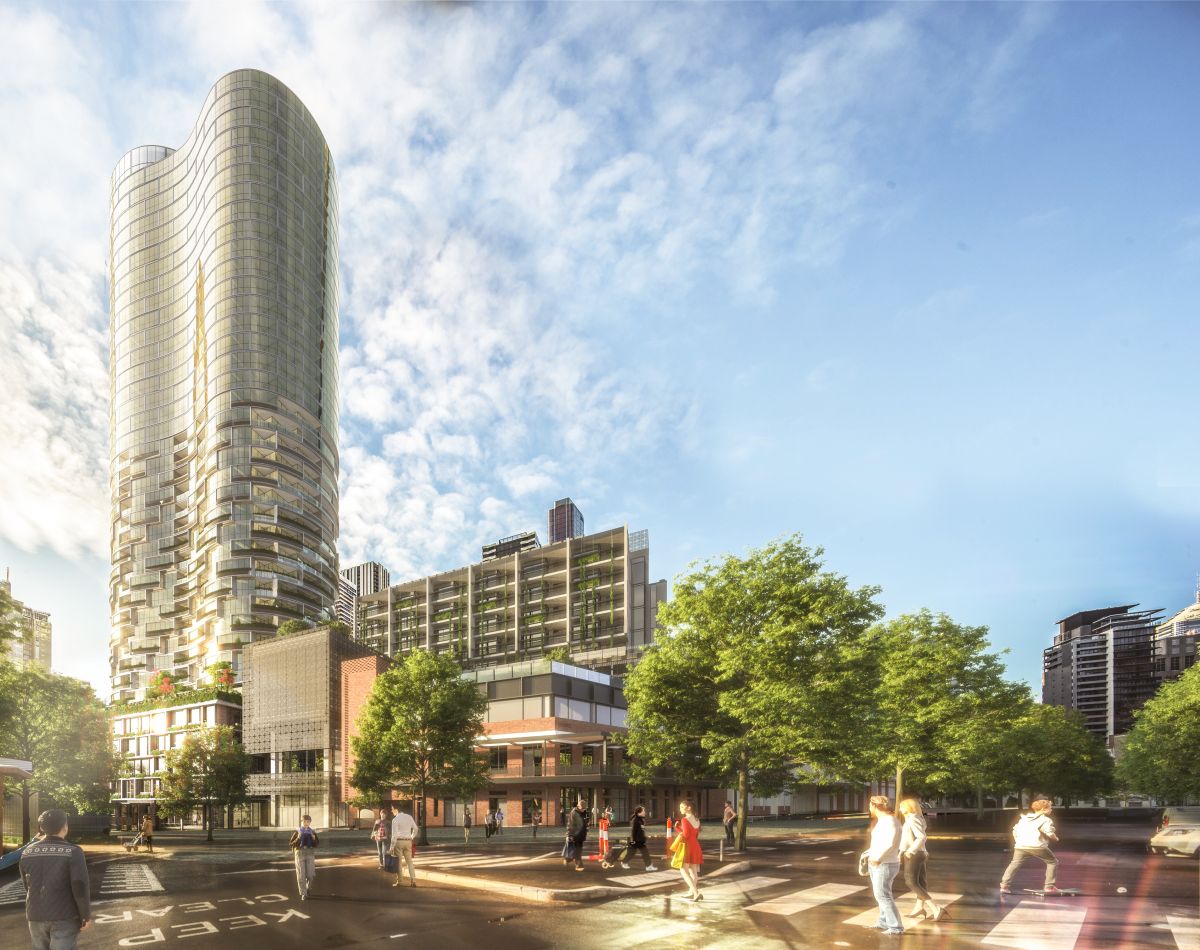 The development has been designed by Bates Smart Architects. Image: PDG Corporation 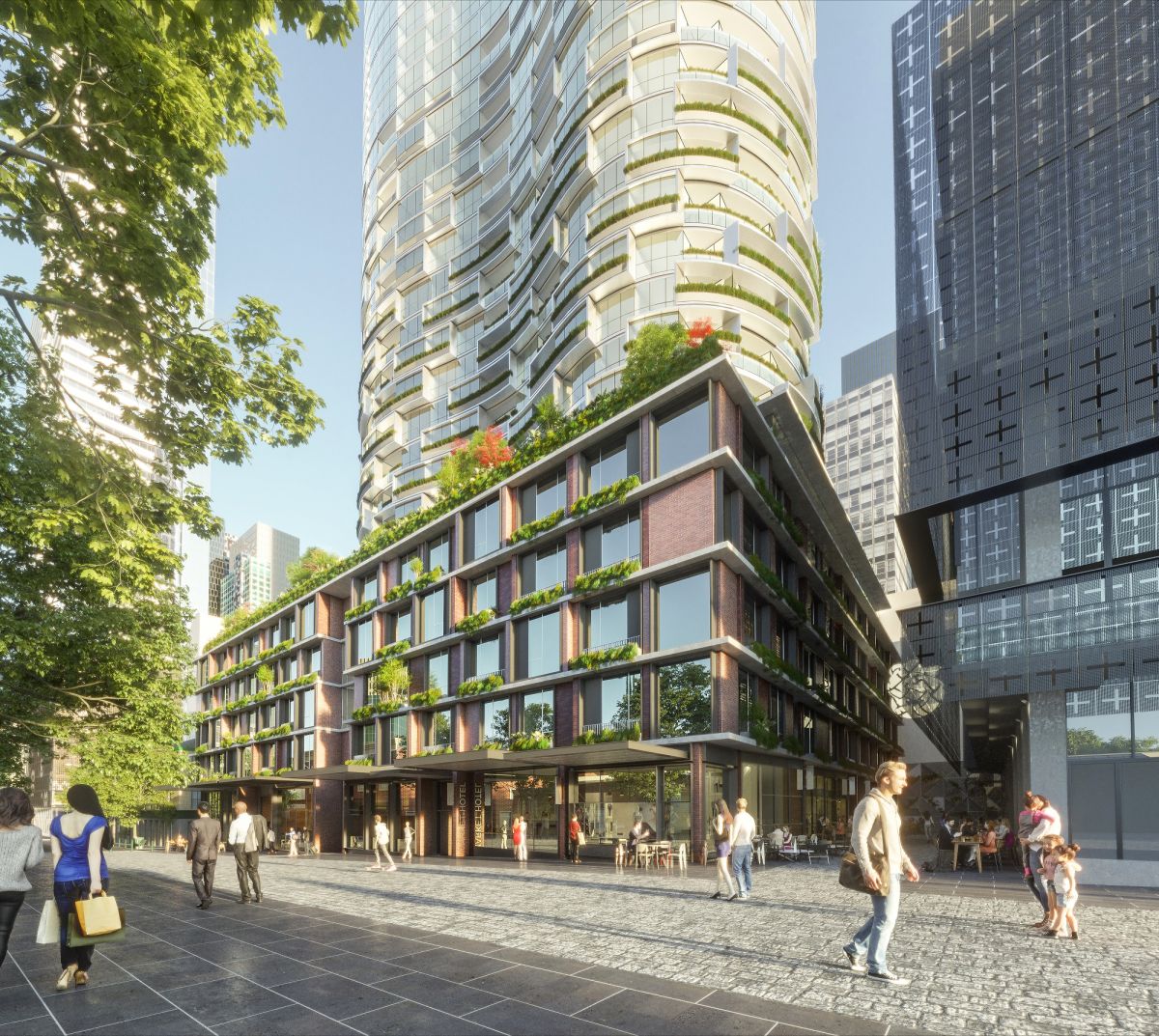 The boutique hotel will be situated within the podium of the tower. Image: PDG Corporation

The development, which is a joint venture between the council and private developer PDG Corporation, was approved by the Minister for Planning, Richard Wynne in May 2018.

The council’s development will provide $70 million in community facilities including a 120-place childcare facility, a family and children's services centre, a community centre and kitchen, a city gallery and 56 affordable housing units.

A 110-room boutique hotel will make up the four-level podium of the 39-storey tower, and the operator is anticipated to be announced “in a matter of weeks”, a PDG spokesperson confirmed to sidespace.com.au.

The development will also include 500 basement car parking spaces for market customers, which will free up the current surface car parking site for a new ‘Market Square’.

The community facilities and basement car parking are scheduled to be completed by 2021. 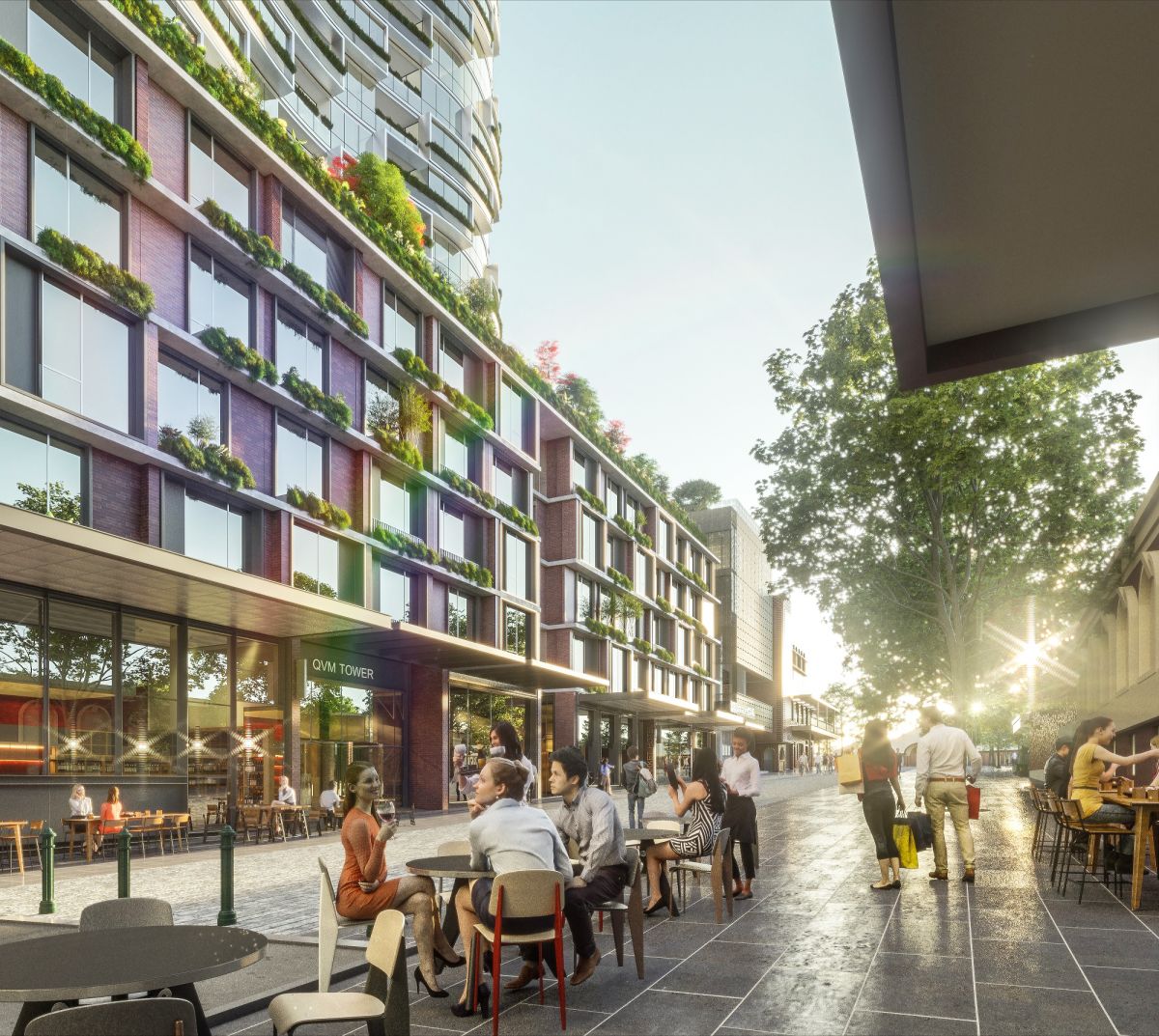 The development will have public space for shops, restaurants and cafes. Image: PDG Corporation

Lord Mayor Sally Capp said the council is expecting 24,000 new residents in the area by 2040.

“It’s essential we provide more community facilities and pedestrian-friendly spaces to meet the needs of the growing population as well as encouraging more people to come to the market precinct,” she said.

“We’re delivering a new network of interconnecting laneways featuring retail stores, cafes and restaurants. The popular street art precinct in Blender Lane will remain and the new community facilities will better connect the market precinct to the city,” the Lord Mayor said. 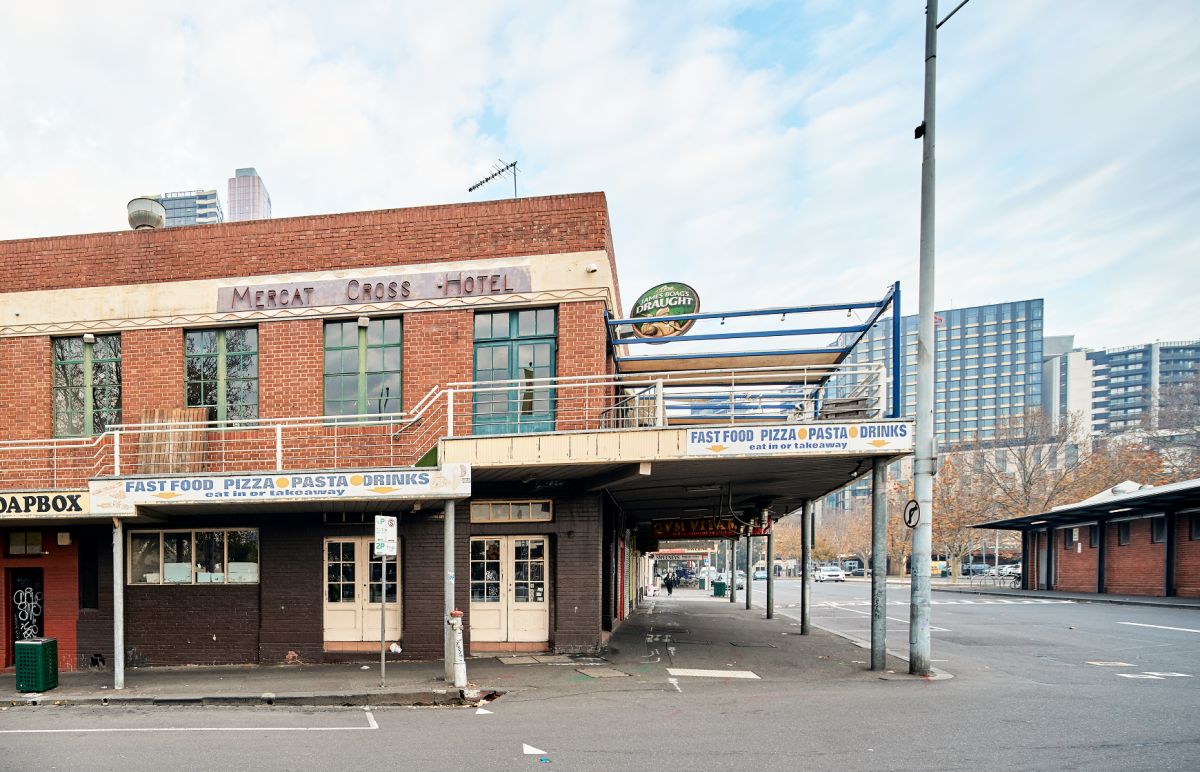 The Mercat Cross Hotel’s sign and balcony are well-recognised among locals. Photo: City of Melbourne

The facade of the historic Mercat Cross Hotel on the corner of Queen and Therry streets will be retained and restored as “a central feature within the community facilities”, Ms Capp said.

“The end result will be an exemplary mixed-use development that provides tremendous benefits to the community,” Mr Giuliano said. 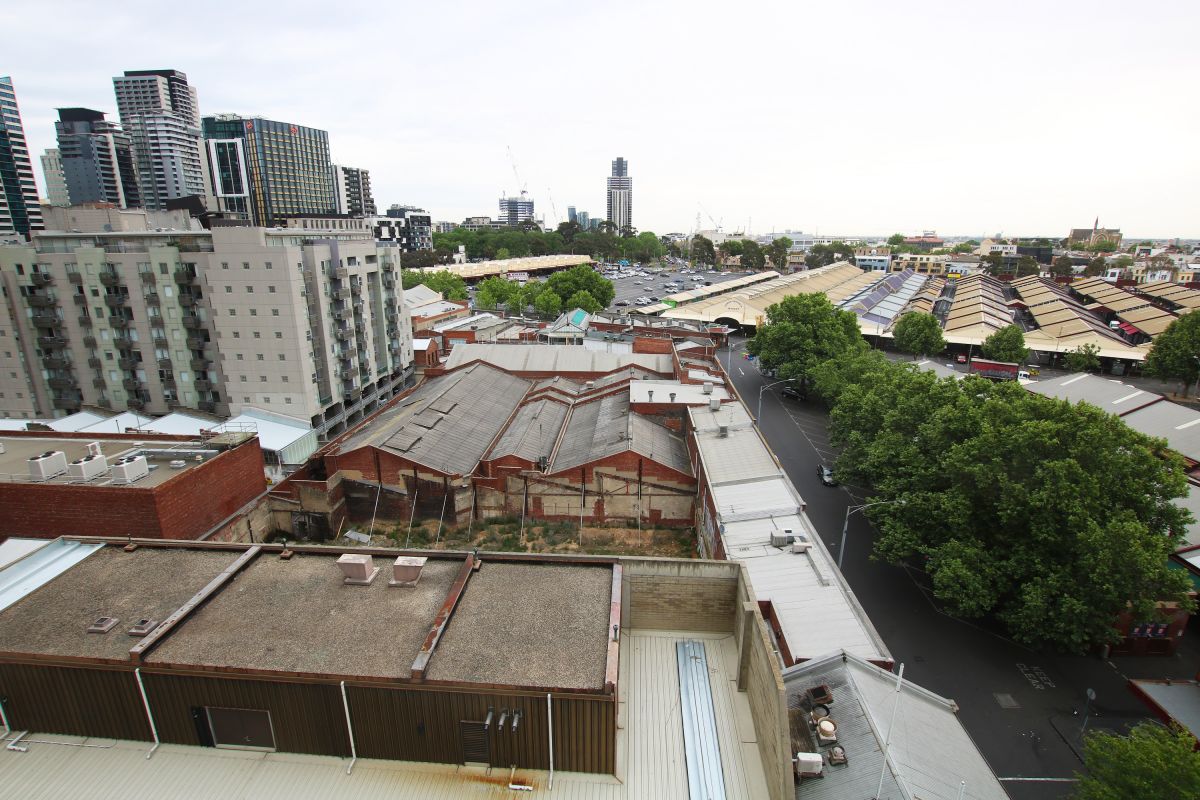 What the Munro site looked like pre-demolition. Photo: City of Melbourne

“In collaboration with the City of Melbourne, we are now able to continue advancing Melbourne’s premier mixed-use project – a development that will be leading-edge for sustainability and liveability next door to Victoria’s most beloved and visited icon, Queen Victoria Market.”

The Munro development will be constructed by builder Hamilton Marino.

It’s not the only CBD development the City of Melbourne has been working on recently.

The council lodged a planning permit application to the state government in January for a 10-storey mixed-use project, projected to cost $232 million.

The site is made up of five buildings bound by Little Collins Street, Royal Lane, Russell Place and Bourke Street.