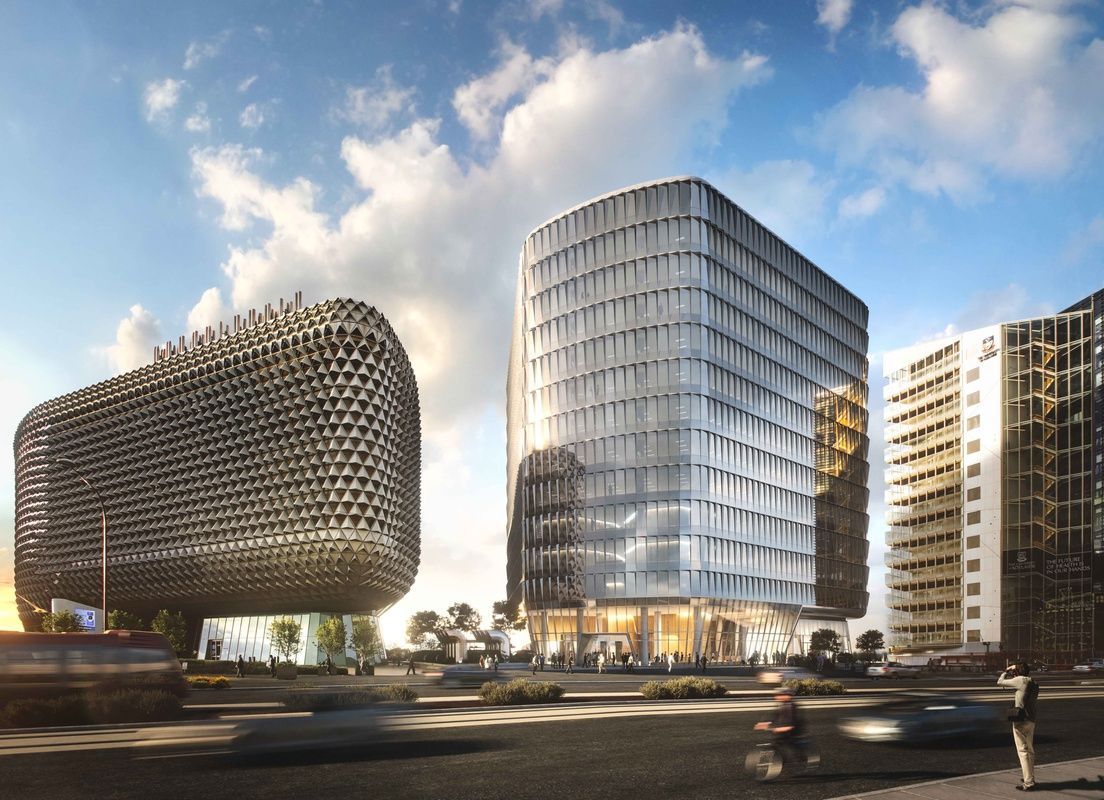 The SAHMRI addition will give new hope for cancer patients, accommodating hundreds more medical researchers as well as the Southern Hemisphere’s first proton-therapy research centre. Spread across three floors, the proton-therapy unit will treat up to 800 patients with cancer and inoperable tumours each year.

Upon the initial announcement of state government backing for the project in June 2017, SAHMRI executive director Professor Steve Wesselingh said the proton therapy unit would “put us on the world stage”.

“South Australia will be able to attract the best and the brightest researchers and clinicians to utilise the proton therapy unit.  This will put us on the world stage to attract academic talent and grants, and enable us to service the Australasian region for proton therapy treatment that has not been available previously.” 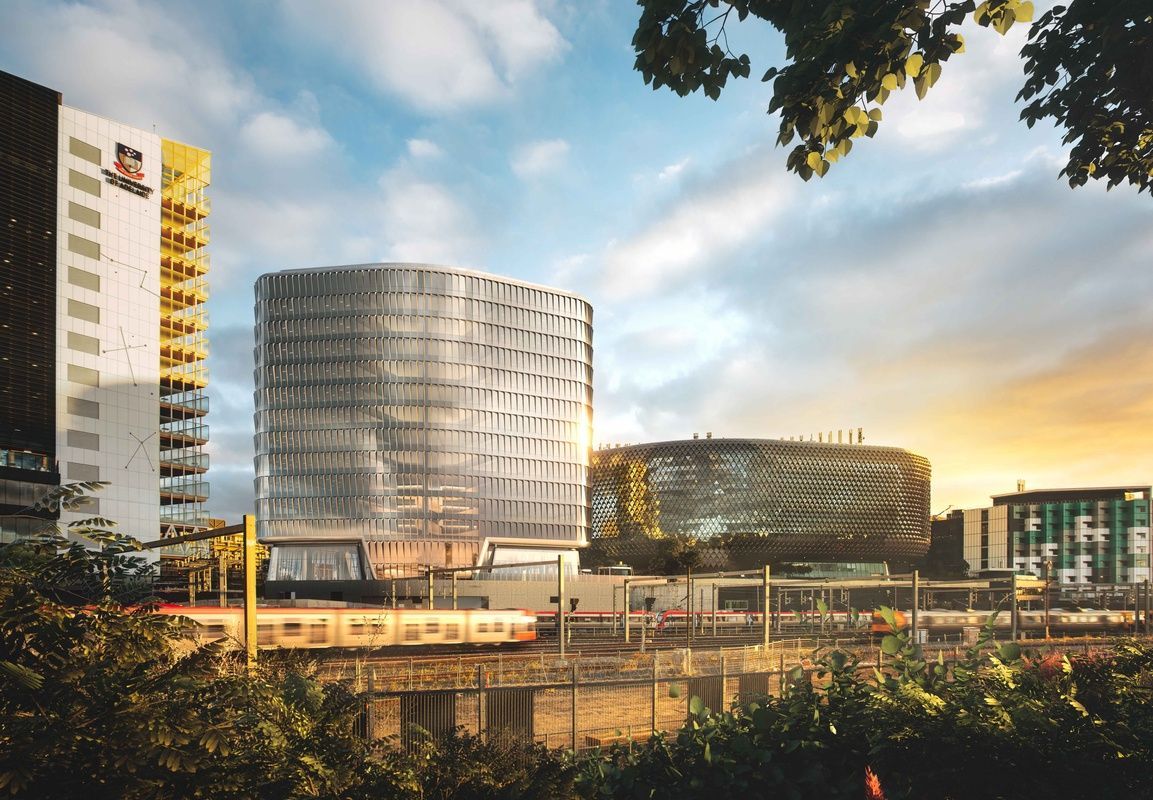 The Woods Bagot design for SAHMRI 2 (on the left) sitting besides the existing SAHMRI precinct (Image: ArchitectureAU)

The new building will neighbour the original SAHMRI project, one known for its daring geometric pine cone inspired facade.

"[SAHMRI 1] was a catalyst in the resurrection of inner-city Adelaide, and the evolution of an internationally-regarded health and biomedical precinct," Woods Bagot director Thomas Masullo said.

"The design of SAHMRI 2 echoes the gravitas of this precinct where state of the art technology is part of the city's ongoing transformation."

Since the completion of SAHMRI in 2013, a new Royal Adelaide Hospital opened last year and both the the University of Adelaide and University of South Australia have established medical science buildings that have followed the growth of this precinct.